The EDD issued the preliminary April numbers this week. They are as grim as your inner-gut thought 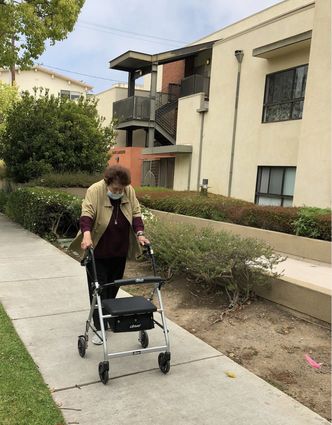 An elderly woman pushes a walker past a Santa Monica old age home, while wearing a face mask

Santa Monica is doing better than the county as a whole but worse than the state in unemployment, according to the latest statistics from the California Employment Development Department. The EDD issued the preliminary April numbers this week, and they are as grim as your inner-gut told you they would be. Even grimmer when you consider the May numbers are definitely even worse...like Great Depression worse.

That April local rate of 17.3  percent means 8,800 people who call Santa Monica home (regardless of where they might work if they had jobs) and "were not working, but were able, available and actively looking for work," according to the EDD. Keep in mind, those numbers do not include the underemployed who have limited hours, those who haven't been able to get through to the unemployment office, those who do not know they are eligible for unemployment, and other circumstances. And of course, the May numbers are worse overall.

These terrible unemployment numbers come as the city grapples with an almost impossible challenge to keep the City government intact. Facing a $224 million deficit over the next two years, the City last month made deep cuts to the budget. This week, some programs were restored.

"In spectacular response to community concerns, staff brought our Council a plan for restorations that creatively leveraged scarce resources to reduce cuts in key city programs," said Mayor Kevin McKeown in a prepared statement after the meeting.

A City press release says $6.4 million was identified through its General Fund as well as other areas. The City says this represents 17.3 permanent positions. Most residents are not concerned about that number; it's the programs they care about. 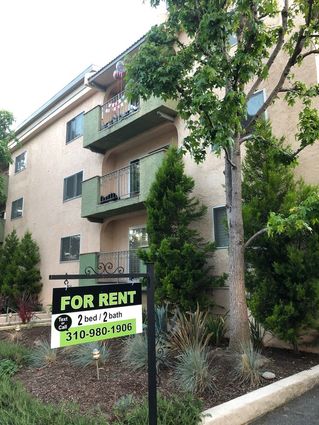 Rents remain high locally, but there is anecdotal evidence that more units are available in Santa Monica as many of the six figure jobs are cut.

"Vulnerable residents will enjoy housing assistance and access to nutritious meals," McKeown said. "Our kids get back their outdoor recreation and after-school care. We continue Santa Monica's progressive mobility and sustainability programs. These restorations are a wise use of limited funds, strengthening our advocacy for state and federal relief. They demonstrate that even amidst a pandemic and economic collapse, local government can effectively address people's greatest needs and build toward a bright future."

"Things are financially pretty grim," he told the network. "We want to get the city reopened as quickly as we can, but we need to protect people, not only from each other, but from themselves. Our local economy has tanked. We are a tourism town. People have been coming here for over 100 years. Tourism has ended for the time being."

He also had harsh words for the federal government.

"It's been about 10 weeks since I really had a good night's sleep or had a day off. I'm not saying that for pity. It's just the reality of trying to run a local government in these unprecedented circumstances."