City of Santa Monica appears to have successfully appealed redistricting 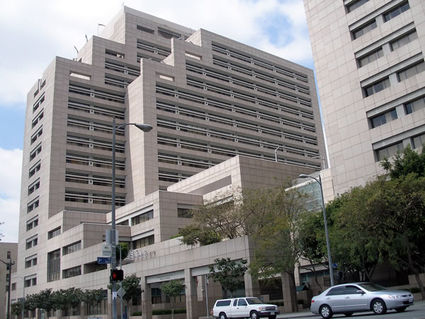 City of Santa Monica appears to have successfully appealed redistricting

The City of Santa Monica appears to have successfully appealed Council election redistricting. Division Eight of the California Court of Appeal, issued a tentative ruling in favor of the City. A court of appeal may reverse its tentative ruling after hearing argument, which they heard this afternoon. But such reversals are relatively rare.

The argument took place Tuesday afternoon over a "Zoom" style argument, before a 3 judge online appellate panel. The City Council did not want district elections, so that the members of the seven member Council could continue to represent the City for the time being. Council are term limited out, as of the 2032 election.

Again, the effect of this tentative ruling, should it be the Court of Appeal's final ruling, is that the City of Santa Monica will not have to redistrict in order to satisfy the requirements of the California Voting Rights Act. Plaintiff Pico Neighborhood Association argued that the VRA requires a minority controlled district or districts in the City's Pico neighborhood.

"Section 14027 and 14028, would seem to require dilution," argued Santa Monica City Attorney Luce. "There has to be a compelling State interest for States to combat dilution. There is no valid proof of dilution here. A 30% district will not provide the Latino voting group with any better representation. As for Pico Neighborhood Assn's argument number 2, that the statute allows for influence claims, this creates absurd results and is thus untenable. It doesn't change anything for the population to be 14% as opposed to 30%. The fact that California's statute is broader than the Federal Voting Rights Act, doesn't mean that there needs to be any sort of claim to influence. It isn't close."

"So influence is something that changes their ability to win the vote. Dilution means weakening a minority's ability to ever win an election is diminished, is that correct?" asked Justice Wiley.

"The tentative is correct," said Santa Monica City Attorney Luce. "The plain meaning is to water down the right to vote. Jingles (a case) means if you look to districts, they don't provide any greater power to win. The trial judge in looking at alternative at large systems, was incorrect that the district would give any better chance for Latino's to win a seat on the council."

"Yes your honor, there has to be a demonstrated greater ability for a minority to win an election. Due to their small population; Santa Monica is an inclusive progressive community. We want minorities to win seats. But if there's no dilution, it's simply a product of their lower population in the community, their lower representation."

Plaintiff's counsel Kevin Shenkman argued that the election results of Maria Loya, prove that a Latino could not win a seat on the City Council unless there were a 7 member, district system. "In the at large system Maria Loya lost and the Latino members of the community were denied having a member of their community on the council."

:There cannot be any doubt that dilution takes place. And that's where the tentative goes awry, thinking that we were arguing there was zero white cross over voting. We merely need to show that the hwite cross over vote is insufficient to allow the minority candidates to prevail usually."

The case number is BC616804. Presiding Justice was Bigelow, along with Justice Elizabeth Grimes and Justice John Shephard Wiley, Jr.