Robin DiAngelo's White Fragility is Today's Snake Oil; Do not take or distribute this drug

While DiAngelo's conclusions can deliver a severe psychological punch to a decent and well-meaning (if weak-minded) white person, a cursory examination of her premises reveal their intellectual paucity. 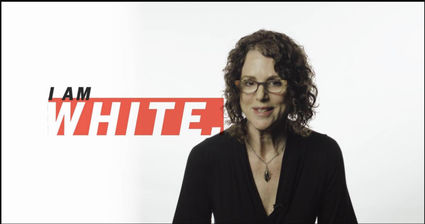 While Robin DiAngelo's conclusions can deliver a severe psychological punch to a decent and well-meaning (if weak-minded) white person, a cursory examination of her premises reveal their intellectual paucity.

A white woman suggests we 'interrupt' our perceptions on just about everything in order to combat systemic racism; a black man suggests the opposite the black community accept its true free agency in order for the individuals who comprise it to determine their own fates. Both are accomplished and respected professors. You decide who makes more sense.

A well-groomed, intellectual-appearing racial relations facilitator in her early forties, Robin DiAngelo is currently enjoying bestseller status of her book, White Fragility. She deserves every penny of the success the book has brought her, not because the precepts she espouses are intelligent or true - they are utter nonsense - but because she is a genius in employing a particular form of marketing. Bully marketing.

One of DiAngelo's main premises is that white people are so insulated from absolutely every evil in the world by virtue of their whiteness that they lack "racial stamina." This lack of stamina, or 'white fragility, is what drives whites to disagree when educators like DiAngelo suggest that they are racist simply because of the color of their skin.

It is a classic crazy-making argument. DiAngelo sets up a system whereby your disagreement with her proves her point. The only possible reason you might argue with her conclusions is because you actually are a white racist and therefore fragile. It is not possible you might truly have a logical counter-opinion.

While DiAngelo's conclusions can deliver a severe psychological punch to a decent and well-meaning (if weak-minded) white person, a cursory examination of her premises reveal their intellectual paucity.

As any good Orwellian monster would, DiAngelo begins by redefining terms. She summarily disposes of the "mainstream" definition of racism: prejudice based on race. This is no good to her because, as she admits, this is something "anyone of any race can have."

Instead racism is as described by "Whiteness" scholars: "economic, political, social, and cultural structures, actions, and beliefs that systematize and perpetuate an unequal distribution of privileges, resources and power between white people and people of color."

Her redefinition of terms allows DiAngelo to arrange matters such that now only one race can be guilty of racism. She argues this form of racism is so deeply embedded in our nation's fabric of society that there is no escape from the disease. No matter your background, your upbringing, your religious outlook, as long as you were born white in the United States, you are racist. Unconsciously or not, you enjoy the privilege of a system set up in your favor, and you will resist any attempts to shift that system.

Now that DiAngelo has branded every melanin-deficient individual in the country as racist, she proceeds to destroy any logical argument these shameless racists might attempt to deny her point. She does not do so via logical counter-argument - of course not - but by more stigmatizing name-calling.

Therefore, you are a fragile white racist whether you listen to people of color tell their stories or if you don't. DiAngelo has you coming and going.

In addition, it is racist to suggest that individual character might be more important than the color of one's skin. Of course it's racist! At the same time, it is racist to suggest that there is any kind of universal human experience (apparently this includes love, joy, sorrow, and so on). "Universalism assumes that whites and people of color have the same realities, the same experiences in the same contexts." So, to imagine that black people might experience filial love the way a person of another race might experience it is actually racist.

Obviously, in order to convince the white reader that he/she is a born-and-bred, irredeemable racist, DiAngelo must turn reality on its head. What has always been deemed racist is not and vice versa.

DiAngelo concludes with the most truly racist bomb of all. "Responsibility for change is not equally shared. White racism is ultimately a white problem and the burden for interrupting it belongs to white people."

As with so many discussions of white racism, DiAngelo's devolves into paternalism and condescension. Black people truly are under the thumb of whites, have no agency of their own, and must rely on white people for their deliverance.

In opposition to DiAngelo's message of the guilt whites bear by virtue of their birth and the doomed situation of the black community is Shelby Steele, research fellow in race relations at Stanford's Hoover Institution. In a lecture regarding his 2006 book, White Guilt: How Blacks and Whites Together Destroyed the Promise of the Civil Rights Era, Steele speaks about what he considers the state of racism in the United States.

Basically, it's over. Steele doesn't contend that individual racists do not exist, but after the transformative passing of the 1964 civil rights bill and the 1965 Voting Rights Act, white supremacy as any kind of ruling force in the nation ended.

"When we won the civil rights movement, and we did win it, when white supremacy was defeated, we moved into freedom for the very first time in our history." But freedom, Steele explains, is not the promised land. With freedom comes responsibility and personal accountability. "We had no experience whatsoever with freedom. We'd never had it. We didn't have the values for it. We weren't prepared for it."

This was painful. "And invariably, what happens is that because freedom is associated with such pain and shame, the first thing people do is say, hey, I'm not free."

Steele says that the black community then began to define their situation in what he calls "bad faith" or excuse making. "I deny that I'm free because if I admit that I am that free, then I'm going to feel ashamed." The problem is a lack of "cultural capital" in the black community. Though this lack is painful to face, the only way to deal with it is to work hard, educate oneself, and earn the capital. Instead, black identity became associated with calling out perceived racism everywhere.

Meanwhile, leaders in the community were aware that white America had ceded the moral high ground by admitting that great wrong had been done to blacks in the country. Whites had been put in the position of needing to disprove the initial assumption that they must be racist. And these leaders understood there was great power in manipulating this white guilt.

"For 40 years now we've had a leadership devoted to nothing more than that manipulation of white guilt," Steele says. "So how has this manipulation of white guilt helped us? Not at all." Steele sees the black community as having achieved a great triumph in winning the civil rights battle in the 1960s, through their own hard work, initiative, and determination. But as soon as the battle was won, "we turn around, manipulate white guilt, and put ourselves right back in a dependent position on that society."

Steele sees the result of such self-serving leadership is a destructive reversal of values. "So the black who is not angry and protesting and arguing to be dependent on the larger society, the black who is not doing that is an Uncle Tom. The black who says I want to be self-sufficient. I want to take my life in my hands and do it, and I believe that we can get a lot further as a people if we do that-that black in an Uncle Tom." At the same time, the black who says, "Oh, my god, we cannot make it without the paternalism of the whites...that is the militant. That's Mr. Black Power."

Rather than whites believing that the solution to the problems in the black community rests in their hands, as DiAngelo suggests, Steele contends that whites should accept one fact. "It's not a theory. It's a fact. Since 1965 to roughly this, our own time, white America, I think, has made one of the greatest moral evolutions in all of human history...Today racism is despicable. It is seen as disgraceful by whites. There are certainly fringes out there, but again, those fringes have no authority, no real role in American life. And whites have done this, and whites need to accept this as fact."

Steele wants to see whites "get out of this game" of having to fight off the proposition that they are inherently racist. To do so would help the black community by ending the paternalistic handouts of diversity programs and affirmative action. These programs reinforce the idea that blacks cannot make it on their own, and Steele believes with every fiber of his being that blacks can compete and triumph on the same playing field with any other group. 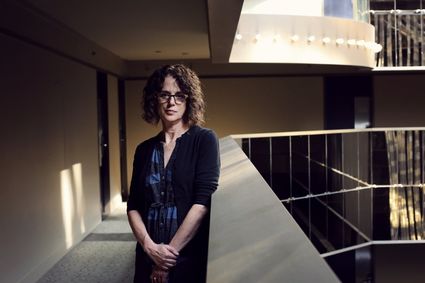 It would be more accurate to describe Robin DiAngelo as a snake handling preacher than a snake oil salesman. Wielding the venomous serpents of stigmatization and guilt as her tools, DiAngelo sets herself up as a high priestess of a new social order, one she believes herself uniquely qualified to organize.

It is no accident she feels the need to denigrate notions of personal accountability and the universal condition of humankind. These concepts represent the only true freedom humans have, and give us the ability to attain the personal success Shelby Steele believes entirely possible, yes, even for people of color.

As long as people recognize only they are ultimately responsible for the course their lives take, DiAngelo is unable to manipulate them. Whether that individual is black or white.

Fantastic article. Ms. DiAngelo is peddling Marxist brainwashing to further destabilize our society. Communists like her believe their utopia can't come to fruition until the current social order is utterly destroyed through demoralization, and class and race warfare. I said years ago all the media and academic race-baiting was leading up to White people being labeled as inherently racist. Then, the proposition would be made that in order to get rid of racism, we have to get rid of White people. Why the constant call that Whites must DO MORE to end racism and that it's IN OUR HANDS? Honestly, what's left to do?! What's really behind those suggestive euphemisms? More Whites are starting to get it. If DiAngelo feels we need to DO MORE, then she can start by throwing herself off a bridge and ridding the world of her White genocide tendencies. Whites have every right to exist and pursue their collective interests as any other race.