Millions spent by the city to fight against changing to district-wide elections bears fruit, it seems 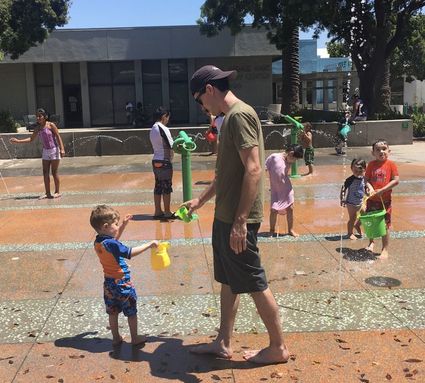 Today the Second District Court of Appeal issued a tentative ruling in favor of the City of Santa Monica in the California Voting Rights Act case brought by the Pico Neighborhood Association. The plaintiff has argued that the city's at-large system of voting for city council members disenfranchises voters from a protected minority group because their votes become 'diluted' by the majority of voters. The city maintains that Latino voters have not been unduly affected by the city's at-large system and want to keep the status quo.

In February, 2019, a Superior Court judge, Yvette M. Palazuelos, had ruled that the city's at-large system of voting did in fact violate the California Voting Rights Act. Palezuelos cited a decades-old pattern of racially-polarized voting. "T[t]hough Latino candidates are generally preferred by the Latino electorate in Santa Monica, only one Latino has been elected to the Santa Monica City Council in the 72 years of the current election system," she wrote. Palazuelos ordered special elections to be held. Her order was stayed when the city appealed her decision.

An undisclosed amount of money, but reportedly in the tens of millions has been spent by the city to fight against changing to district-wide elections. It is unclear what stake the city has in preserving this method of running elections such that it is worth spending such sums on maintaining it. Clearly, the individuals already on the city council (and those, not coincidentally, voting to fight the lawsuit) stand to lose the most should the city switch to district-wide elections. Some of them live in the same districts and would have to compete against each other.

Another big potential loser should district-wide elections be held is Santa Monicans for Renters' Rights, the political organization that has put its preferred candidates on the city council for the past forty years. It is difficult, if not impossible, to get a seat on the council without the backing and blessing of SMRR. In effect, SMRR runs the city. The policies and agendas carried out by the city's elected officials are basically those devised by SMRR, a far-left progressive activist organization.

Today, the appellate court heard oral arguments from the lead attorneys on either side of the case. The main point the court appeared interested in was the attorneys' definition of the terms "dilution" and "influence." These are both ill-defined terms used in the California law governing elections.

Theodore Boutrous, representing the City of Santa Monica, argued that dilution meant a system that weakens the right of minorities to vote. He claimed that creating districts wouldn't make it any easier for the Latino minority in Santa Monica to elect a candidate of their choice because even in the districts proposed, there would only be 30 percent Latino voters. He said that creating districts would not change the outcome of voting, and it would end up exactly the same as with the present-day at-large process. He perceived "dilution" as meaning the change in voting system would have to give the minority a winning candidate. He went on to praise Santa Monica as an inclusive, progressive community which would not blink at voting for a Latino. (He did not bring up or attempt to explain how, if that were true, only one Latino had been elected in 72 years.)

"It is divisive," Boutrous finished, "when you accuse government officials of racist behavior."

Kevin Shenkman, attorney for the plaintiff, pointed out that the facts proved other than Boutrous's contention that districting would not change outcome. In 2004, Maria Loya, the Latina plaintiff, had run and lost a bid for city council. An analysis of the votes revealed that Loya beat every other candidate in the confines of what might have been her district. "If that's not dilution, nothing is," Shenkman said. 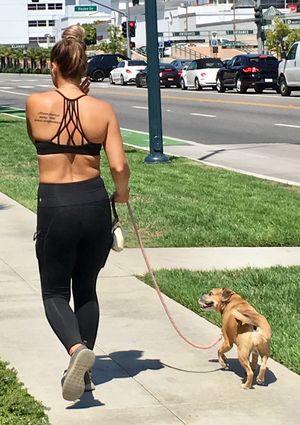 While the justices for the Second District wanted Shenkman to provide a "bright line" rule for what constituted dilution or lack of influence, Shenkman insisted that it was important to look at the facts and history of elections. The lower court, Shenkman argued, had made a "factual finding that the voting of Latinos was diluted by at-large voting."

At the close of arguments, Justice John Shepard Wiley, who had grilled Shenkman the hardest, smiled and said, "I want to praise Mr. Shenkman for an excellent argument."

Presiding Justice Bigelow did not appear to have changed her mind and the remaining justice, Elizabeth Grimes, did not say a word during the entire exchange.

The Appeals Court will usually issue a final ruling in 90 days.

Absolutely no conclusion or judgement can be made from the simple fact that only one Latino has served on City Council in the past 72 years. How many have actually run for a seat during that time? That's the bigger question. Maybe they just weren't very good candidates or had a bad platform. That really IS possible. Claiming Loya would have won in what MIGHT have been her so-called district 16 years ago is nothing but conjecture, and I'm surprised the attorney would base his argument on such an assumption. Not everything comes down to racism. Even so, this whole thing feels like a backdoor gerrymandering in order to guarantee certain people always get on City Council simply because of their race. What happened to being color blind? What happened to electing the person with the most passion and best platform, regardless of who they are? Anyone seated on City Council just because of who they are and without great ideas or forward thinking helps no one.

SMRR is NOT a far-left progressive organization. It might have been when it was first established, but for a long time now it has been a bastion of neoliberal agendas supported by big money/developers. One would expect basic political literacy from a newspaper, even in a small town like Santa Monica. Please don’t embarrass yourselves. If Santa Monica had a progressive City Council, they wouldn’t be fighting the district elections lawsuit. Do you also consider Joe Biden a far-left progressive presidential candidate?... Describing Santa Monica’s government as left leaning is fair but your characterization of SMRR is completely off the mark. Educate yourselves. You can start here: https://www.vox.com/platform/amp/policy-and-politics/2020/1/15/21065823/neoliberal-progressive-economic-vision-roosevelt-institute-papers-warren-sanders