By Diana Gordon and others
SMCLC

SMCLC Opposes The Plaza Development on Legal and Environmental Grounds 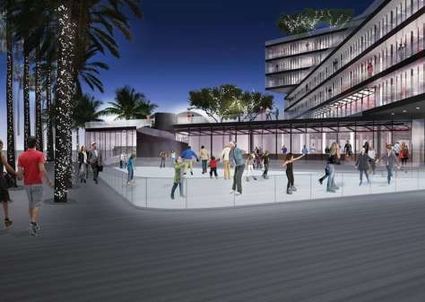 The Plaza: Developer of 4th and Arizona Project Misled the State in Connection with the Surplus Land, writes SMCLC

In June, the Santa Monica Coalition for a Livable City (SMCLC) served the City with legal objections to proceeding with plans to privatize public land at 4th and Arizona for a massive commercial project until it had complied with a state law known as the Surplus Land Act.

Under the Act, before negotiating and disposing of public land for commercial uses, the City must notify interested parties to see if the 25-acre parcel could be used as open space or for affordable housing.

Months ago, the developer argued to the state agency charged with enforcing the Act that the developer and the City believed they had an exclusive negotiating agreement in 2019 so as to be exempt under the Act.

In its letter to the City, SMCLC strongly disagreed with that characterization. Based on documents it had received from the City, as well as the applicable law, the group confirmed that there was no such agreement.

Now former City Manager Rick Cole corroborates SMCLC's findings. In a bombshell development, a letter from the former city manager states that both the City and the developer knew they didn't have an exclusive negotiating agreement in 2019. Notably, it was the developer who rejected having such an agreement in order to avoid public scrutiny.

The key facts in Former City Manager Rick Cole's letter to the City and City Council: 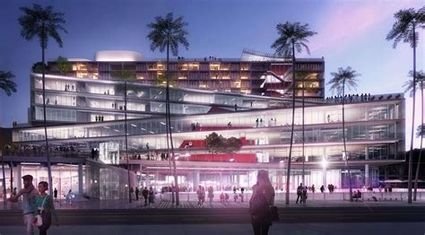 The Plaza: Developer of 4th and Arizona Project Misled the State in Connection with the Surplus Land, writes SMCLC

"In fact, I notified the Council that the developer had decided not to seek Council approval for extension of their Exclusive Negotiating Agreement (ENA) upon its lapse. I made clear that with the expiration of the ENA, the City's obligations to the developer had also expired. City staff told me that the decision to not seek an extension of the ENA was out of a desire to avoid the public controversy that might have ensued. So, yes, the City continued to work with the developer to process their proposed development, but with all parties understanding it was at the developer's own risk in the absence of a valid ENA."Cole Letter.

"It is now beyond doubt that there is no valid agreement that exempts the City from complying with the Surplus Land Act," notes Diana Gordon, Co-Chair of SMCLC. She further questions "whether, under these circumstances, a reasonable person would ask: Should the City entrust our precious public land to a developer who had no qualms about misleading a state agency to serve its own interests? Or will our City demonstrate that it is a steward of our public land and uphold the state law designed to protect it?"