RANDom UFOs and What to Do About Them

There exists a great amount of misinformation about the UFO phenomenon not only in the minds of the public, but among educated groups such as scientists. 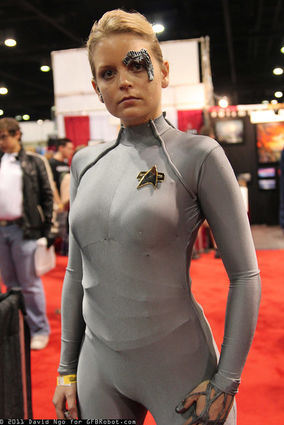 Star Trek fan cosplays Seven of Nine. Many of us dream of UFO's

Way back in 1968, a man named George Kocher from the RAND Corporation, a local institution that does good work but is the subject of various conspiracy theories worldwide, wrote a paper titled "UFOs: What to Do." The 48-page document, which was labeled as an "internal document," is an interesting read and does not talk down to believers, nor does it say they're definitely right. But that wasn't the purpose of the paper. Its purpose was to cut through the nonsense surrounding the subject of mysterious objects in the sky, and getting to the facts.

"There exists a great amount of misinformation about the phenomenon not only in the minds of the public, but among educated groups such as scientists as well," Kocher wrote.

His document is not the smoking gun that confirms our planet has been visited by aliens, but Kocher says the subject should be taken seriously. He proposed that a "central report receiving agency" be created.

"This agency should be readily and instantly accessible to the public for the purpose of reporting," Kocher wrote. "Witnesses should be able to turn to someone other than the press to make reports. Report formscould be made available in Post Offices, for example. More urgent reports could be made by toll-free telephone lines...Because many sightings are made at night when most services are closed, the local police office should be prepared to receive reports of sightings."

Kocher admits in the paper that 80 to 95 percent of UFO sightings are "not interesting," but notes that this means there are still several thousand that are. Unfortunately, this paper that can today be easily found on the Internet was unable to make the waves that it should have when it was written. This is likely due to it remaining an internal document. Perhaps in a time of growing interest in mysterious and unexplained sights in the sky, this paper could make a comeback.

The RAND report was written at an interesting time for UFO enthusiasts. After a series of attention-grabbing claimed sightings in 1965 and 1966, the Air Force contracted with the University of Colorado to produce a scientific study on the subject headed by physicist EU Condon. At the time of the writing of Kocher's paper, the Condon study was still being conducted. Kocher mentioned the study in his report, and noted it was already controversial because two people had been removed from the committee, which Kocher wrote led to public suggestions that "the study was not, in fact, objective."

When the report from the study was released to the public in 1969, it showed that Kocher's prediction was correct. 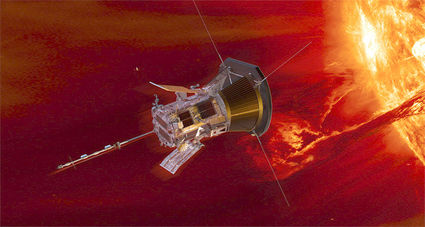 An unidentified object found in the Australian Outback in 2016

"Our general conclusion is that nothing has come from the study of UFOs in the past 21 years that has added to scientific knowledge," Condon wrote. "Careful consideration of the record as it is available to us leads us to conclude that further extensive study of UFOs probably cannot be justified in the expectation that science will be advanced thereby."

Condon did offer the idea that it might be a subject worth looking into at a later time. Well, as far as I am concerned, that time is now. And recent media reports show that there are many, many people who agree with me. The government has already released some very interesting information, and there is more to come, according to recent reports.