Just south of Montana Avenue, a stranger entered a Santa Monica resident's home with intent to steal, but used her technology to do it. 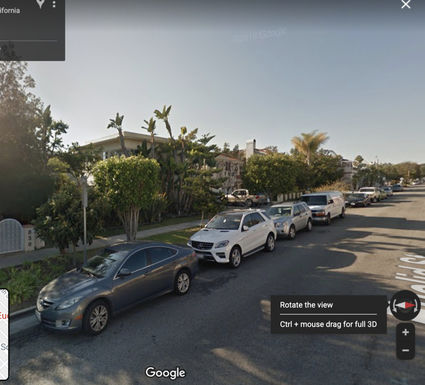 A woman who lives south of Montana but north of Washington on Euclid, reports that she and her husband left home, and returned Friday evening to find a large gentleman using her credit cards in her computer.

"Daisy" adds that 48 hours later, the same man tested the locks and attempted to gain entry again, despite the obvious presence of security cameras. Her entire "next-door" post is below.

Lock your doors! Burglarized once and then returned 1:30am today. In the last 48 we were burglarized because we forgot to lock our home office door. The guy sat in there for at least an hour browsing on our internet.

He stole some cash and compromised a credit card plus some other scary details. But the worst part is that he returned this (the following) morning/night and attempted access to our home office this time with all the lights on, along with two visible cameras, and a locked door. It didn't stop him. In fact, he new he was being filmed and tucked his arms in his t-shirt presumably because he has tattoos on his on his arms. This guy is smart. Police came out twice to take a report along with forensics to grab some fingerprints.

He left a browsing history on our computer and a username that might be his phone number. I don't have the IT experience to to forensic research to uncover more.

We live on Euclid between Montana and Washington. Lock your doors and windows especially if you live alone. I hate that we live in this time of fear but this is happening and it's our new reality. I have reported this information to the police.