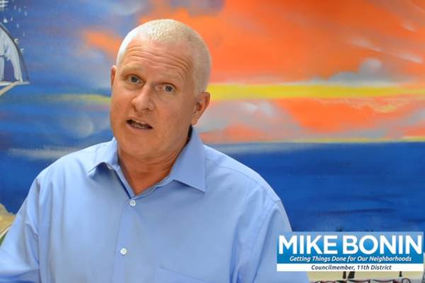 Los Angeles City Councilman Mike Bonin presented a town hall on Monday night and left the agenda up to Black Lives Matter-LA and People's Budget LA with the predictable result of the dissemination of confusing and misleading data, woke scolding, and white shaming. Black Lives Matter is an organization that advocates against alleged systemic racism and promotes far-left ideology unconnected to racism, such as trans rights, the necessary breakdown of the nuclear family, and the Palestinian cause. More recently, BLM has been demanding a defunding of police departments across the country. The People's Budget LA is a coalition convened by BLM-LA of community organizations, faith leaders, nonprofit leaders, and others dedicated to defunding the police department.

We are going to stick to the confusing and misleading data and the unworkable proposals that were presented.

Dr. Melina Abdullah, co-founder of BLM-LA and department chair of Pan-African Studies at Cal Sate University LA, began her presentation by demanding all who might speak to state their sources because we should exhibit academic rigor. For example, the term "reimagine public safety" has a real definition and history - her definition. It means "investing in resources - not police." Specifically, the money now used for law enforcement should instead be allocated for housing, health care, and other programs "provide by experts in the field."

After the stern call for academic rigor, Abdullah had another panelist, David Turner, a UCLA PhD candidate, present the results of a survey the coalition had given. It would be an understatement to say the survey displayed a distinct lack of academic rigor. Although nearly 25,000 people responded to the survey, they were from a self-selected group of people already connected to PBLA. Surveys were only sent to those who attended the coalition's town halls or who were connected to any of the 300 community organizations related to the coalition. Neither were the survey's questions presented at Bonin's town hall nor are they on PBLA's website.

It was clear, however, that respondents were not asked to make choices between budget items, such as choosing how much of a total should be allocated between "mental health and wellness" and "parks and recreation." They were instead allowed to create a fantasy budget adding up to a total of roughly 1,000 percent. In a different slide, a pie chart did try to make some sense of this, creating a total of only 100 percent - in which only 1.64 percent was allocated to law enforcement. (Currently 53.3 percent of LA's budget is devoted to law enforcement). But since the underlying data was not available, it was not clear how the stated result was achieved.

Buoyed by this alleged consensus regarding defunding the police, Abdullah went on to promote the idea of "participatory budgeting." This is when the public decides a budget via pure democracy (or only by those who have the time to show up) rather than making a public budget the responsibility of elected leaders who can be held accountable.

The panelists were unsurprised by a survey showing hostility toward the police. According to Abdullah "police are set up to be our adversaries." Panelist Dr. Michele Dumont, a retired philosophy professor, claimed that "so many times they [mentally ill] end up dead when police are called." Her heart is in her throat any times she sees the police arrive. "Police are scary," Abdullah added. Abdullah quoted a visitor at a different town hall who'd said, "Police don't belong in our community at all. We don't feel safer."

The panel had some concrete ideas for how LA could - and should - get along with less police. Police should not be called for such "nonviolent" tasks as:

Instead, "community members," vaguely described as professionals or else well-informed neighbors, should be called on to handle these peaceful situations. In fact, the lion's share of LAPD's current budget of over $1 billion should go into the "existing infrastructure" of nonprofit charitable organizations webbed throughout the city. When asked what kind of oversight would be provided for this astonishing influx of public money to private nonprofits, any definitive answer was evaded. Instead, the audience was told, "we've already presented ourselves as resources," and that "black leaders within impacted communities should have say."

The meeting concluded with Mike Bonin claiming the public currently gets the "same level of response for a shooting as for an off-leash dog or a rowdy neighbor." He suggested an example of more peaceful policing would be to drive a drunk driver home instead of putting them in jail. In the only statement that made sense the whole evening, he said that in asking the LAPD to "respond to literally everything under the sun" you will never get a fast response time to 911.

Unfortunately, the 92 percent of police calls the panelists alleged were for nonviolent situations could turn violent in the blink of an eye. That's why police are sent and not social workers or community organizers.

Try finding a social worker or mental health professional who wants to confront a howling 200-pound maniac with a broken bottle. For that matter, try finding a majority of the public, even in far-left Brentwood, who wouldn't prefer a policeman patrolling their block than a BLM operative.