By Bruce Lebedoff Anders
Letters to the Editor

As a former teacher, I have used these materials with great success in examining entrenched attitudes and beliefs and in generating dialogue among students from quite different backgrounds 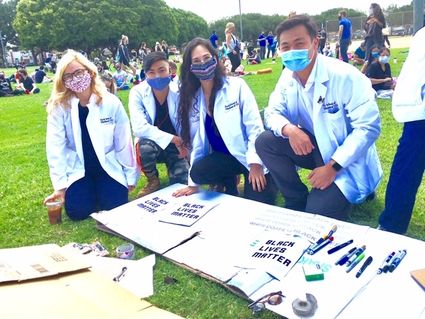 In a front page article about the SMMUSD's attempts to develop a social justice component for its curricula, writer Corva Corax disputes the motives behind and possible efficacy of this effort. https://www.smobserved.com/story/2020/08/30/news/smmusd-in-dangerous-waters-with-social-justice-journey-lacks-any-critical-thinking-about-race-and-school-achievement/4868.html

The curriculum would closely follow 20 social justice standards developed by the well-respected Southern Poverty Law Center, through its Teaching Tolerance Program. As a former teacher, I have used these materials with great success in examining entrenched attitudes and beliefs and in generating dialogue among students from quite different backgrounds.

I was not surprised by Corax's critique of the methodology. The points raised deserve discussion. What was stunning to me were Corax's comments about George Floyd, especially the use of the term. "alleged murder" and the comment relating Floyd's death and "an achievement gap" to being "not as disconnected as one would imagine given the level of fentanyl in Floyd's body."

Let's just recall that the Hennepin County Chief Medical Examiner ruled George Floyd's death a homicide, despite the fact that he had fentanyl in his body at the time. How many people, Corax included, would survive being chocked by the full weight of a man, six feet tall weighing 167 lbs., knee on neck? The medical officer states that fentanyl could be fatal "under normal circumstances." What's "normal" about being chocked for nearly nine minutes with the force of 167 pounds behind it? 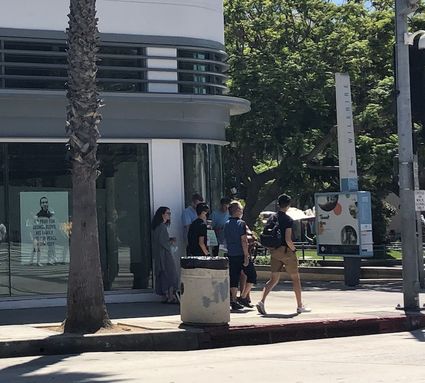 Corax cites Thomas Sowell, a notable conservative-libertarian economist (who also calls for the legalization of all drugs), to bolster the article's claim that minority disparities in educational achievement have nothing to do with whether schools are well-funded or not. This assertion, which presents no logical support for the avowed purpose of the article, to critique SMMUSD's social justice curriculum, is flat out wrong. While school funding can be misspent, when spent on class size, hiring the best teachers and training/mentoring the others, acquiring the best texts and technology, etc. the results produce well-educated students, whatever their backgrounds.

Finally, Corax asserts in the last paragraph that "the students themselves are the only possible agents of their own improvement". This leaves by the roadside all other variables that affect educational outcomes, school resources and quality of instruction, parenting, community cohesion, students' safety and nutrition, among others.

Corax heads this parade of soft-headed claims as "A Logical Opinion." If logic has anything to do with correct, reliable inferences, then that heading is pure comic irony.

I got as far as the article's adoration of the Southern Poverty Law Center. They were fantastic back in the early '70s, and have done some good work since. However: Looking just below the veneer of righteousness in 2020, you will find a politicized, hate-mongering donation-craving monster whose credibility is currently only a point or two above zero. If that. Look at the many times where they've lost defamation cases; their bias is very clear. Oh yeah, the court decisions must be this systemic racism so talked about these days. Never mind. In any case, indoctrination into cadres of narrow minded philosophies based on unsubstantiatable premises is at best a waste of time. But it is far worse than that. The current violence in the streets comes directly from this BS. Feel-good Wokeness over fact based reality is not a good plan, and if SMMUSD pursues this, my kids are out.