By Corva Corvax
a Logical Opinion

Let's Divide Everyone into Tribes and Examine Why White People are So Awful: CA Approves Marxist Ethnic Studies Requirement 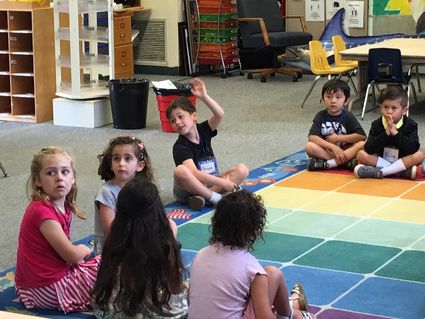 This summer, SMMUSD approved embedding "antiracist" elements in the K-12 curriculum and revised the 11th grade U.S. History class to reflect this virtuousness, asking students to view history "through a social justice lens."

Santa Monica lost its progressive cred as the state surpassed the school district in shoving radical left indoctrination down our students' throats by passing AB 331, a law requiring a semester of ethnic studies for high school graduation, together with a model curriculum that sounds more like a Marxist manifesto than a public school resource.

This summer, SMMUSD approved embedding "antiracist" elements in the K-12 curriculum and revised the 11th grade U.S. History class to reflect this virtuousness, asking students to view history "through a social justice lens."

The model curriculum associated with the bill the state legislature just passed leaves Santa Monica in the dust regarding far-left ideology. According to the model, starting in 2025, students will take an ethnic studies course that will "build new possibilities for post-imperial life." If this description of the United States does not completely jive with your own, be prepared. The curriculum is consistent in denigrating American principles and American history. Teachers will provide "examples of systems of power, which can include economic systems like capitalism and social systems like patriarchy." (Because socialism and communism do not exert power over their citizens. Nor do tribal chieftains.)

The preface to the curriculum assures the public that it will include "a more compelling retelling of history" (because history isn't compelling until you add some angry bias to it) and "address race within the context of how white dominated culture impacts racism and other forms of bigotry." (What is white culture? I'm not sure, but if they mean Western culture, that's the one that invented freedom, abolished slavery all over the planet, and enabled pretty much every invention and system of thought that now enables us to live freer from famine, poverty, and oppression than at any other time in history. Bigotry, as this curriculum proves, is not relegated to only those of a particular skin color or geographic background.)

In the preface, we are assured that teaching ethnic studies "helps bring communities together." (Somehow, despite creating and then inciting various identity groups against each other.) Citing mostly one, single scholarly source, the preface assures us that teaching this course will create a multitude of benefits, including lowering truancy, increasing GPA, and expanding graduation rates. (Basically, it's snake oil and will cure all ills.)

In addition to forcing students to ingest a semester-long meal of ultra-partisan ideology with absolutely no counter-narratives or diverse voices (i.e., voices that might have a different view), the course requirement steals a precious semester of elective from California high school students. Students already need to sign up for early morning classes (if they are even offered at their campus) in order to fulfill the a-g requirements for admission to a UC campus if they want to continue their interests in music, art, or sports. This additional requirement may make it impossible for students to be able to fit in their electives. 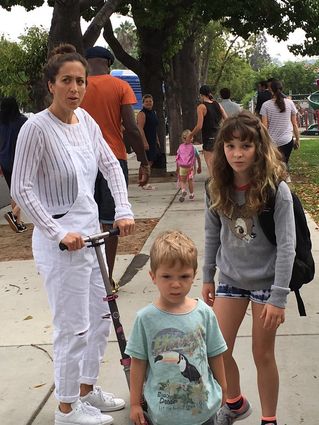 Moms and kids arriving for the first day of classes.

AB 331 was introduced by Jose Medina in January 2019 and allowed to languish after various special interest groups lambasted it for not catering enough to their particular tribe or for its bias. The model curriculum in its initial iteration included anti-Zionist lessons and anti-Semitic content. Some of that content was removed, and State Senator Ben Allen and Assemblymember Jess Gabriel, chair and vice chair of the California Legislative Jewish Caucus, now assure us that "firm guardrails" have been put in place to make sure there bill be no bias or bigotry toward Jews and Israelis. Those guardrails were inadequate, as one lesson still asks students to write a paper explaining how events in American history led to Jewish and Irish Americans gaining racial privilege.

(Jewish privilege. Where did that come from? Oh, maybe from hard work and education. That's privilege for you.) (I am completely unaware of any specifically Irish privilege unless they are referring to the Kennedy family.)

The death of George Floyd and the movement that used it as an opportunity to mobilize resparked interest in passing AB 331, and it was resurrected and passed with Democrat-only aye votes.

In a final, ironic barb, the preface to the model curriculum tells us it will "promote critical thinking and rigorous analysis of history." It is clear that the radical progressive left has redefined those terms to mean the complete opposite of logical, incisive and unbiased analysis.