Police Union Guilty of Ruining the City's Economy, says Mike Bonin, Blaming the Union for His Own Covid-related Policy Mistakes 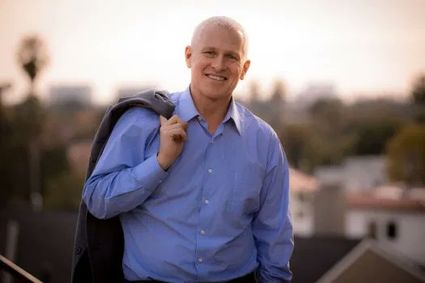 On Wednesday, Los Angeles Councilmember Mike Bonin published an editorial in the LA Times and sent out an email blasting the police union for refusing to take a pay cut during a time of deadly pandemic and economic collapse. It would be solely due to the Los Angeles Police Protective League's intransigence, according to Bonin, that budget cuts would have to be taken across the board in other Los Angeles city services. Bonin claims funding cuts will impact emergency preparedness, fire equipment purchases, and gang intervention programs.

Bonin is head of the 11th district, which comprises all of the Los Angeles neighborhoods surrounding Santa Monica, including Brentwood, Pacific Palisades, Marina del Rey, Venice, and West Los Angeles.

With righteous passion and verbal sleight-of-hand, Bonin attempted to heap on the hapless police union all of the policy mistakes made by himself and other city, county, and state officials that led to the current budget crisis. Beginning March 19 - more than 5 months ago - the County of Los Angeles closed nearly every business in the region for fear of the spread of the COVID-19 illness. Millions of Californians lost their jobs. Untold billions were lost in tax revenue. Only a limited number of businesses have been allowed to reopen since then, with the result that many are still without jobs and the state (and city and county) are still hemorrhaging tax income.

But it's the police union's fault that Los Angeles had to declare a fiscal emergency today.

Bonin singles out the police union, of all the employee unions in the city. He doesn't do this because they alone want the pay raises they negotiated a year ago. In fact, every employee union in the city wants their pay raises. He targets the police because he has decided to align himself with the oh-so-virtuous Black Lives Matter and their demands to defund the police. In addition, Bonin thinks that in today's political climate, the police make a great scapegoat for the fiscally irresponsible decisions he and his fellow officials made that led the present economic crisis in local government funding.

In fact, the LAPPL already deferred taking the pay raise to which they were entitled in August of 2019. In fact, the City of LA already cut $150 million from the LAPD budget and cut 250 police officers. In fact, other employees in the city are also demanding pay raises and have not agreed to take the 10 percent cuts Bonin claims in his article they will be subject to. For example, the pay raises the firefighters are getting will also cut into the services Bonin claims will have to be seriously reduced, in which he includes such essentials as affordable housing and renter assistance.

It is more true that Bonin has declared war on the Los Angeles Police Department, for whatever political and ideological reasons he thinks makes sense, than that the police union plays any practical role in the disastrous economic situation faced by the City of Los Angeles.

Bonin is a hypocrite