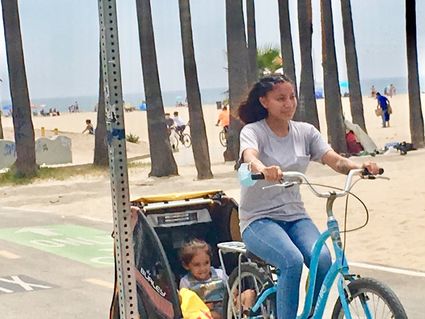 The Santa Monica City Council on Tuesday will be presented with suggestions from The Black Agenda for ways to spend the $200,000 already earmarked in June for efforts to support racial justice. The Black Agenda is comprised of a group of the city's Black community leaders (capital letters are theirs) whose steering committee includes Barry Snell, a former SMMUSD Board member and current Santa Monica College Board Trustee. Also on the steering committee are Dr. Karen Gunn, a retired SMC professor and Robbie Jones, CEO of Black Santa Monica Tours and Concierge.

The city council has already taken steps to throw money at the idea of racial justice and to restrain a police force already hamstrung by state laws that reduce the ability to arrest criminals and by local policies demanding a hands-off approach to the vagrant population.

At a council meeting on June 9, the city's officials unanimously adopted the Obama Pledge, a commitment to reduce police use of force. The Pledge was developed by the Obama Foundation, which asks cities to institute new policing policies.

On June 23, during an unprecedented budget shortfall caused by the COVID-19 lockdown, the council agreed to "reallocate" $200,000 to "support work addressing issues of police reform, development of a Black agenda to support and advance opportunities for Black residents, and racial justice training within the organization."

The reallocation apparently comes, at least in part, from the Santa Monica Police Department, where two vacant police officer positions are to be held open "pending recommendations on how these resources can best be used for the public safety of all."

Yet more money is being funneled to The Black Agenda from "non-specifically earmarked donations" to the We Are Santa Monica Fund, a coronavirus-relief fund.

According to The Black Agenda organization, Santa Monica - arguably one of the most progressive cities in the nation, if not the world - has been a viper's pit of racism. According to Dr. Gunn, "The centuries-long history of institutional racism, loss of black lives, and disparity in access, opportunities, and resources have led to days of reckoning." Snell writes that their proposal will "improve the wellbeing of Black Santa Monica residents whom we know have been disproportionately marginalized due to systemic racism in housing, employment and education."

Indeed, it is no surprise that the Black Agenda does not relate any specific examples of institutionalized (or other) racism against blacks in Santa Monica. Although African-Americans only make up less than 5 percent of the population in the city, numerous programs exist to assist the community in education and other areas. Untold resources have been expended to attempt closing the achievement gap between blacks and Hispanics and other groups at the public school level. Assuredly, any attempts to discriminate in housing, employment or otherwise in the city is easily reported and vigorously adjudicated.

However, the current fad is to assign any disparity in racial outcomes as the result of racist behavior. Ergo, Santa Monica is a deeply racist city. 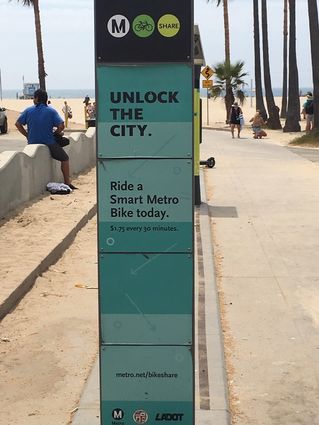 How do we fix that? Barry Snell writes that their Black Agenda is "an evolving thinktank...to cultivate change through various methodologies and projects including the arts and humanitarian efforts."

Art projects? We are unsure how effective the arts and humanitarian efforts - or any efforts whatsoever - will serve to satisfy those determined to see racism behind every disappointment and disparity. This is an insult to both those who truly believe themselves discriminated against despite all evidence to the contrary, and to those who have a desire to redeem themselves for the sins of past generations in other locations.

Two extra police officers would probably be of more benefit to the entire community.

Santa Monica? Racist past? Did I miss a lynching recently? Honestly, what a preposterous concept. This whole thing is nothing but a political shakedown for money for pet projects, using the weapon of false guilt to get it. Santa Monica City Council should be ashamed of itself to be so easily duped. Of course, City Council could have said no by standing up for the city's real history and reputation, as well as the truth, but I guess that would have been...racist.