By Corva Corvax
A logical opinion 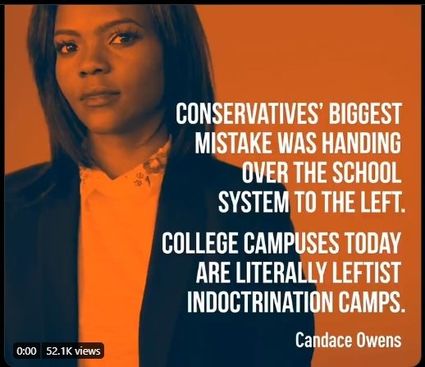 The California State Legislature passed AB 331 in September, a bill requiring a semester of ethnic studies for high school graduation. A model curriculum, hundreds of pages long, is available for public comment and will be approved in March of next year if the governor signs the bill into law. 80 groups, spearheaded by the Amcha Initiative, an organization opposing anti-Semitism on campuses, signed a letter urging the governor to veto the bill.

While the authors of AB 331, which includes Santa Monica's state legislator, Richard Bloom, claim the curriculum will "bring communities together," the letter in opposition vigorously disagrees. According to Amcha, the guiding principles of the curriculum "are firmly rooted in Critical Ethnic Studies, a narrow conceptualization of the field of ethnic studies that limits its focus to only four groups, is firmly rooted in Marxist ideologies that divide society into oppressed and oppressor groups based primarily on race and class, and, as part of its disciplinary mission, uses the classroom to indoctrinate students into narrow political beliefs and political activism."

Amcha's letter to the governor points out that the original conception of an ethnic studies course, formalized by AB 2016, was to provide a non-political, multicultural approach "with an appreciation for the contributions of multiple cultures."

Teaching children that some ethnicities oppress (have always and will always oppress) others hardly succeeds in an appreciation for the contributions of all cultures.

The curriculum was revised after Amcha and hundreds of other organizations opposed the inclusion of lessons regarding the boycott, divest, and sanction of Israel, but the Amcha letter says the current version is no less problematic than the original. In the curriculum, students are asked to write a paper on how Jews have gained racial privilege. "At a time when anti-Jewish sentiment, hostility and violence has reached truly alarming levels, indoctrinating students to view Jews as 'white' and 'racially privileged' is tantamount to putting an even larger target on the back of every Jewish student," according to the Amcha letter.

In addition, an Arab-American studies lesson that had been removed in an admission it was biased is to be reinstated - but only after the public comment period for the curriculum has expired.

That's not too shady.

But the most fundamental point made by Amcha is that California lacks any safeguards against political indoctrination in the classroom. Certain local school districts have put such guardrails in place. The Los Angeles Unified School District's Teacher's Contract states that "teachers shall be free to examine, present and responsibly discuss various points of view," but may not inculcate "advocacy, personal opinion, bias or partisanship."

The State of California has no such standards to prohibit political bias from infusing the classroom. Teachers for students as young as kindergarten are free to impose their personal political bias - no matter how antithetical to that of the children's families. 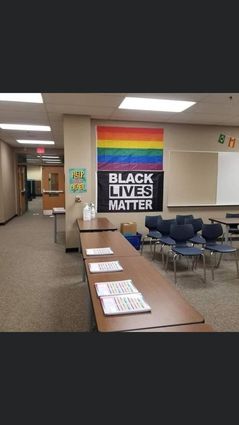 Amcha ends their appeal to the governor by pointing out, "In the absence of such safeguards and in light of the overwhelming evidence that the final draft of the model curriculum will embrace a highly politicized and divisive Critical Ethnic Studies approach that can't help but incite hatred and harm against some students, particularly those who are Jewish, we believe that signing AB 331 into law will be a disaster for our students and our state."

Organizations joining with Amcha in their opposition include B'nai B'rith International, Black Americans for Inclusive Ethnic Studies Bobcats for Israel at Ohio University, Christians and Jews United for Israel, Latinx for Quality Education, and Committee for Accuracy in Middle East Reporting and Analysis (CAMERA).

Honestly, the public school system is GONE. It's all brainwashing and indoctrination. Homeschooling is the only answer if you don't want your children to end up as self-hating anarchists.