Newsom seeks to ruin the environment, halt innovation, and take away your freedom in his executive order banning gas-powered car sales 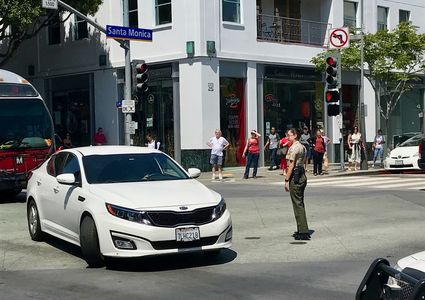 Governor Newsom signed an executive order requiring all passenger vehicles sold after 2035 to be zero-emission. The order commands the California Air Resources Board to develop regulations that will make this goal of all-electric vehicles a reality. Once these regulations are drafted, they will go through a process of legal, economic, and environmental analyses, as well as public comment and hearings.

Newsom's order, which he calls "the most impactful step our state can take to fight climate change," is possibly the most hare-brained, ill-considered official move taken in a state that appears to be a champion in the sport. Proving that far-left progressives like Newsom excel at self-parody, the governor's stated rationale for the ban on gas cars is to stop wildfires. Yes, you read that correctly.

There is almost nothing right about Newsom's executive order, starting with the fact it's an executive order to begin with - and not a law enacted by the legislature - and ending with the devastating effects it would have on the state's poor and its obvious attack on personal freedom. Here is a nonexhaustive list of some of the worst consequences of Newsom's environmental feel-good self-therapy.

1. Electric vehicles may not even help the environment

The fact that so-called zero-emission vehicles reduce air pollution is still being debated. The only way electric vehicles can hope to claim superior cleanliness is if the source of power supplying them is also clean. Currently, California gets about one third of its energy from renewable sources - and this has proven to be an unreliable source this summer. A deficit in energy supply caused the first rolling blackouts in twenty years, due at least in part to the drop in supply when the sun went down and solar collectors no longer operated. Unless California can figure out a reliable way to reach its stated goal of 100 percent clean energy by 2045 (looking doubtful right now), those electric vehicles are using energy from emission-producing coal- and gas-powered energy plants.

By granting car manufacturers who produce electric cars a monopoly on the market in California, Newsom effectively killed any motivation for these companies to improve the vehicles and make them an actual preferred choice for consumers. With a guaranteed market in place, manufacturers have no need to create better electric vehicles or bring them in any way to be even equivalent in convenience or performance with gas-powered cars. They also have no need to innovate manufacturing processes that could bring down the price. Good job, Newsom!

Governor Newsom's executive order alludes to his great concern for low-income and disadvantaged communities, but the order itself is devastating for the poor and even the middle class. Electric cars are expensive. Far more expensive than equivalent gas-powered cars. A low-end electric vehicle is $30,000. A gasoline-powered vehicle can be purchased for half that. Newsom's order effectively bars the poor from owning vehicles.

In addition, the clean power to supply the energy for the vehicles of the rich is more expensive than nonrenewable energy sources. Already, electric rates in California are 50 percent higher on average than in the rest of the United States. If the state moves to an even greater percent of renewables, the electric rates will rise accordingly. And poor people who can't afford and aren't driving electric vehicles are paying those rates along with everybody else. They will also be helping to subsidize the plethora of new charging stations that will need to be built - again, for the rich and their vehicles.

Not to fear, however. Part of Newsom's executive order vaguely claims that "passenger rail, transit, bicycle and pedestrian infrastructure, and micro-mobility options are critical components" in the state's transportation plan. In other words, the poor and middle class can walk, ride a scooter, or take the bus. They can expend hundreds, if not thousands, more hours of their lives every year on public transportation to get to work. After all, what is their time worth? What are their lives worth? And they can also face possible muggings, rape, and other crimes while they're on public transportation since the state wants to eliminate cash bail and haul police off public transportation.

People who buy electric cars do so for a number of reasons, but none of those reasons have to do with convenience, mobility, or safety. It can take between 30 minutes and a full day to recharge the battery of an electric vehicle. Compare that to a five-minute trip to the gas pump to completely refill a tank. Only those with spreadsheet-like minds that can plan how to apportion mile range, tasks to complete with the car, and arrange the appropriate charging time in advance can manage owning such a vehicle.

And if you run out of charge on the road, good luck. Some tow trucks have emergency chargers that will take as little as ten minutes to give you a few miles. But not all of them. And that's nothing like the distance you would get on the can of gasoline they could procure you (and which would take far less time to insert). This is not an option I would want my daughter driving. Nor should anyone. 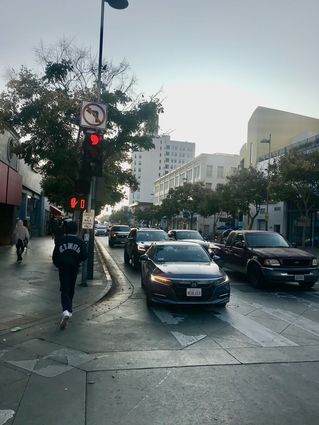 Beyond the fact that a new electric vehicle would be out of the price range of many, if not most, Californians, this type of car sharply reduces personal freedom. It's a technological leash. The highest end Tesla can only go 402 miles before needing a full day of recharging. A more affordable Chevrolet Bolt can only make 259 miles. Since recharging takes so long, this effectively limits the length of a road trip a Californian can take. If you're super wealthy, you can drive to San Francisco from LA. Just barely. Otherwise, you'll have to stop overnight along the way. Forget driving to Oregon. In fact, forget road trips in general. They won't be happening any more.

And if you want to leave the state that doesn't care about your safety and so sharply reduces your choices and your freedom, you won't be able to make it to the border in that Chevy Bolt Newsom made you buy. It's 269 miles away.

But this is all logical!