Hey Twitter, Censorship is How We Got a Pandemic

Chinese official censorship prevented dissemination of information about the Wuhan "pneumonia," now known as COVID-19, and its person-to-person transmissibility, allowing the virus to spread worldwide 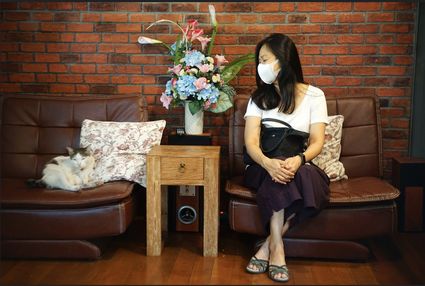 A woman wears a mask to protect her cat from COVID-19; a few cats have caught the virus

As the election season progresses this fall, the calls for censorship of free speech - and actual censorship - progress right along with it. Proponents of censorship claim such action is necessary in order to protect the democratic process of the election. Inaccurate and damaging misinformation will sweep through and sway the gullible and poorly educated masses, you see. In fact, the election of Donald Trump in 2016 proves this already happened! Therefore strong measures must be taken to protect the public from themselves.

To this end - only to protect the public - Twitter banned users from sharing a New York Post story implicating presidential candidate Joe Biden's son, Hunter, in alleged influence peddling. The social media giant went so far as to lock the accounts of anyone who retweeted it, including White House press secretary Kayleigh McEnany and the New York Post itself. Facebook ended up following suit, "reducing distribution" of the story. Social media websites have a, purportedly limited, legal capacity to censor content on their sites, which are viewed as something uncomfortably in between a private enterprise and a public square. The legality of their actions is a different subject. Here we question their supposed intentions, the public good and the preservation of democracy.

During the same week, a New York Times magazine article by Emily Bazelon was given 8,421 words of space (a lot) in order to make the case that it's time for us to question the "problem of free speech." She suggests allowing the government - the government! - to decide what is appropriate for us to see and hear. Naturally, her primary consideration is our democracy and freedom. In an outrageous tour de force of tortured, and wildly erroneous, reasoning, she makes the claim that free speech is how Hitler was able to exterminate six million Jews, through his free ability to demonize them. Leaving aside the fact that when you bring up Hitler, you show you're desperate, this is a hideously malicious untruth. There was no free speech under Hitler's dictatorship. Hardly. Bazelon confuses government propaganda with free speech conducted by each and every citizen. Those living under Hitler's rule lived in abject terror of saying or doing what would be even slightly distasteful to the government.

Bazelon's recommendations for solving the "problem" of free speech, where conspiracy theories might seduce unsuspecting individuals and experts other than those endorsed by the ruling elite might produce different ideas than those approved for consumption is to end it. Regulate it. Be more like Europe. Oh, and have people get their news from government-sponsored news outlets like PBS. Because those are fair and balanced.

It is clear what particular group and set of ideas Bazelon endorses, and for whose benefit she feels confident in giving up the free speech that allows her to make a case against free speech. SHE would not be affected. HER words would not be banned. Only those with whom she disagrees.

It is not difficult to discern the true goal of such calls for censorship, and it is most assuredly not the public benefit. Censorship only and always benefits one particular self-interest or group. It always advantages one group over others. It never benefits the public as a whole. And that is only part of why it is so evil. There is good reason the founding fathers, in the wisdom that has proved itself over two centuries, set freedom of speech as the first right with which every individual is endowed.

China, and the ills it has recently distributed to the world, serves as an excellent example of the consequences of adopting Bazelon's rationale for censorship. The current government of China agrees with Bazelon that it should curb unwanted "conspiracies" and halt unpleasant rumors that might harm the standing and reputation of the ruling class. As the novel coronavirus began to spread throughout Wuhan, the government ramped up an already robust censorship machine. References to basic health information, such as the discovery the virus could spread from one person to another, was blocked on social media. Of course, it was not mentioned in government-sponsored traditional media, either. Other terms, such as "Wuhan unknown pneumonia," "Wuhan seafood market" would result in your message on social media getting banned. Combinations of words, like "virus" and "epidemic" were also banned . The Chinese citizenry was not allowed to know what was happening.

The rest of the world was not allowed to know, either, as much as China could possibly stop such information. Until President Trump banned travelers entering from China on January 31, flights with infected individuals were leaving China to land all over the globe. Little was known about the virus in the rest of the world because China highly restricted information from being disseminated. Those who abrogated China's censorship, such as Dr. Li Wenliang, who was so subversive as to warn colleagues about the virus before the government was ready to disclose the information, were punished. He was first forced to sign a letter stating he'd lied about the virus and then - somehow - he contracted COVID-19 himself and conveniently died of it.

Meanwhile, China stockpiled Personal Protective Equipment before the rest of the planet could know they would also be needing masks and gowns and medicines. 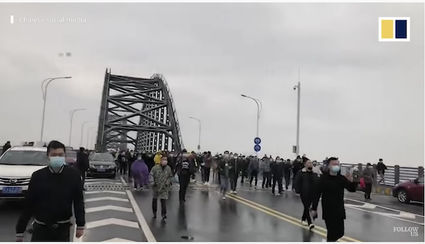 In large part, the pandemic in which we are currently ensnared was caused - or at the very least exacerbated by - censorship.

Being able to express ideas that are antithetical to the ideas of the ruling class or opposite to the ideas of the accepted expert ranks is essential to the survival of our species. Every step forward in human civilization, be it in the realm of science, engineering, or government has come from individuals with new, different, and at times radically unpopular ideas. Every step out of a mire of poor planning, bad governance, or natural disaster has been made possible by someone with a better - and heretofore unacceptable - idea.

Therefore, I embrace Emily Bazelon's capacity to express her ideas, wrong and even evil as I think they are. Because it is far more evil to stop her from expressing herself.

I like this article! The pandemic happening through censorship is a facet of the Wuhan flue affair that is not talked about enough. You won't hear mainstream news outlets mention this because they love China's Communism. Like China, they censor, not to defend democracy, but to campaign for dictatorial democrats. They publish baseless allegations of Russian collusion for three years in an effort to unseat Trump; but when there is proof of actual collusion with foreign superpowers, they censor the news of it in order to protect the corrupt, democrat Biden family. Go to Rudy Giuliani's YouTube channel, folks, and see what's on Hunter Biden's laptop. If mainstream media and the tech giants did not censor the fake news about Trump in a motel room in Russia with prostitutes, should even one word about VP Biden selling his office to America's chief rivals be censored? Go to YouTube and see what's on Hunter's laptop before they wipe out Rudy's channel in order to help Creepy Joe get elected.