We Should Thank God for the Honesty, Integrity, and Competence of the Police in US Cities: Let's Not Ruin That 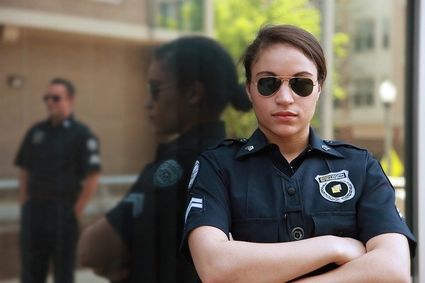 On October 15, former Mexican defense secretary and army leader General Salvador Cienfuegos was arrested as he arrived at Los Angeles International Airport. According to KTLA's anonymous sources, the former Mexican cabinet minister was arrested on charges of drug trafficking and money laundering. Cienfuegos is the second high-ranking Mexican official to be arrested on such charges in one year. Mexican security official Genaro Garcia Luna was arrested in Texas on drug trafficking charges in Texas in 2019.

The news of either arrest made barely a blip on major network TV programs and in important US newspapers. High-ranking security, army, and police officials being arrested for the crimes they are supposed to be preventing is nothing novel or unique in Mexico. Last summer, the entire police department in Mexico's state of Chihuahua, 15 officers, was arrested. The summer before that, 205 police officers were suspended in Tehuacan. 113 more were believed to have fled possible prosecution.

The police in Mexico are listed among the 10 most corrupt forces in the world, along with those in Afghanistan, Sudan, and Russia. Two thirds of Latin Americans polled say they distrust the police. This distrust isn't based on conspiracy theories or faddish distaste. It's based on experience and facts.

The police in many parts of the world, whether because of poor training, bad pay, or deeply ingrained culture, are thoroughly corrupt. They take bribes from organized criminal gangs to look the other way. The Chihuahua police department purge occurred after the police chief threatened agents of the state security agency at gunpoint and ordered them to halt a criminal investigation they'd been pursuing in the area.

Every successive Mexican presidential administration has attempted to reform the police. None of them have succeeded. According to InSight Crime, a foundation dedicated to the study of organized crime in Latin America, in addition to the problem of poor training and pay, there is negative motivation from elected leaders to strengthen and improve the police force. They are corrupt themselves, and it is in their best interest to keep the police weak and corrupt as well.

Mexico provides an excellent example of what happens when elected officials do not support the police, do not prosecute criminals, and reduce funding to police departments. When the police lose legitimacy, citizens "often view their safety and destiny as being in the hands of violent criminals or well-armed self-defense groups that have formed to defend their communities," says an article on InSight Crime's website. What choice do they have? Eric Olson, a Global Fellow at the Woodrow Wilson Center's Mexico Institute, told InSight Crime, "When the state is absent or fails to exercise its legitimate authority, secondary impacts occur, such as criminal organizations replacing or substituting the state."

The effects of allowing such a transfer of power and legitimacy from publicly directed policing to unofficial and even criminal elements involves obvious and serious costs.

The type of top-down corruption seen in Mexico, where politicians suppress or collude with police to cooperate with criminal gang activity, is extremely rare in the United States - if it happens at all. Our police, until recently, have been generally respected. They are commonly portrayed as heroes in TV and film. These portrayals are believable. If a cop is found to be corrupt, universal opprobrium and punishment follow. 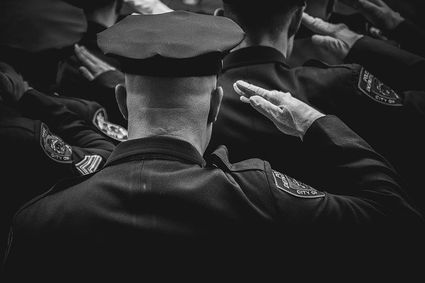 Policemen saluting in an assembly

Should strict oversight and continuous, evidence-based reform of policing go on? Of course. Is there reason to believe the police in the United States are generally corrupt, biased, or incompetent? Quite the contrary. Hard evidence indicates the police in this country do not act on racial bias. The actual number of unarmed black men killed by police in the entire nation was about 16 last year. The current state of furor against police departments across the nation is based largely on a high emotional cathexis brought on by the lurid details of unique, anecdotal situations.

Basing public policy on obvious emotional (and temporary) impulses is a huge mistake. Major cities around the country are already experiencing surges in crime as police pull back from engagement in potentially violent situations and departments hollow out as officers quit or retire. It will then become necessary, as InSight Crime notes, for citizens to look elsewhere for protection from this growth in criminal activity. It would be a disaster if a whole new criminal element sprang from this unnecessary suppression of U.S. police departments.

Olson notes, "In these cases, it's extraordinarily difficult to put the genie back in the bottle."

The author of this article gives us a warning that should be listened to and acted upon immediately. US companies are already promoting BLM in exchange for being left alone. They are, in fact, being extorted. If cops are defunded, payments for safety will be payable to BLM, Antifa, Sharia police, or maybe all three: in my Canadian opinion. Moreover, Corva Corvax teaches us the use of a new word: 'cathexis.' We need deliverance from the pernicious influence of 'cathexis.' Cathexis may seem cathartic, and maybe it can be, but when misdirected, like in a movement to defund the police, it is positively cancerous. Listen to Corva Corvax if you value peace and security.

When I heard about L.A. defunding the police, I said: Great, now we can pay protection money to gangs. The police protect us from that fate! Our tax dollars that are *repurposed* will go to some shady political organizations. If the police are defunded we should not have to pay all these outrageous taxes.