It appears that both groups are doing what they can to see that Joe Biden gets elected president. 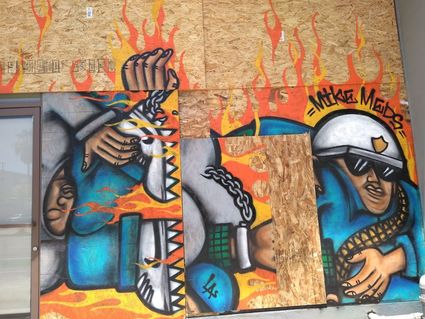 All summer long, the country has been rocked by street protests and outright riots, most organized by either Black Lives Matter or Antifa. But abruptly, after October 10 - roughly three weeks before the national election - all protests by BLM ceased.

The protest on October 10, dubbed a "BLM-Antifa Soup Drive," was arranged to counter a "Patriot Rally" in Denver. During the demonstrations, a security officer for a TV news company allegedly fatally shot one of the Patriot Rally members.

It is doubtful the fatality is what has curbed BLM into silence, however. As of August, 30 people have died during "mostly peaceful" protests, according to TheFederalist. One death would not deter BLM now.

Even the Antifa protests, run continuously every night in Portland since May 29, have abated somewhat.

It appears that both groups are doing what they can to see that Joe Biden gets elected president. The civil unrest that has caused injury, death, and an estimated $1 billion in damage across the country is not popular. The chaos was featured prominently at the Republican National Convention and was clearly perceived as a strong campaign advantage for Republicans, who have condemned the riots, over Democrats, who have soft-pedaled it and called for appeasement.

BLM and Antifa want people to be able forget about the unrest when they punch their vote. And thus vote for Biden. It appears both groups believe a Joe Biden presidency would greatly enhance their chances of getting what they want.

And what do they want?

Both Black Lives Matter and Antifa are dedicated to fundamentally changing the organization of the country. BLM uses ingenuous black people and white guilt as a lever to promote an avowedly Marxist agenda. There is good reason they use the phrase "systemic racism." The term means that anything - anything at all - that results in different outcomes between white and black people must be racist. This could include the US Constitution, the idea of hard work, or the fact your parents didn't get divorced. Obviously, imputing racism to anything they want means they gain the moral authority to tear down anything they want. And they want to tear down pretty much everything.

Defunding the police is only the beginning. A necessary beginning. So far, this country is blessed with an overwhelmingly honest police force in its cities. These armed law enforcement officers are wholly beholden to and accountable to elected leaders. Why would anyone want to change that? Oh, yeah, so they can render the population beholden to THEM and whatever they create in order to replace the police - because they know full well something will replace the police. And they want that 'something' to be beholden to THEM. Once physical control is in place, anything else is possible.

Antifa is openly dedicated to overthrowing the country, which they call fascist. The organization - or the "idea," as presidential candidate Joe Biden deems it - is a devout follower of George Orwell. They dub themselves the exact opposite of what they are: fascists. They use violence and intimidation to gain control. Their vision, so far as it can be deduced, is some utopian world where nobody disagrees with each other. Clearly, the only way to attain such a world, which nobody really wants because it's completely totalitarian, is to bash everyone into submission. 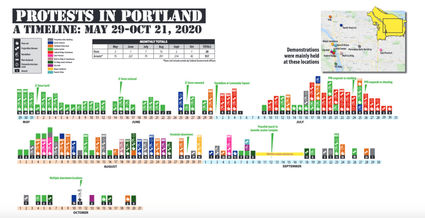 Neither BLM nor Antifa have given up their dreams of overthrowing our constitutional republic. That isn't why they've gone strangely quiet over the past couple weeks. What they want is for Joe Biden to win the election. Because they deem Biden weak. Because they see Biden as the head of a party willing and eager to look morally good even if that means behaving morally evil.

If Biden is elected, the protests may or may not start up again, all depending on how compliant he and his party are to their demands for systemic change. Given the rhetoric coming from the Democrat party, it seems likely there will be great, destructive changes to the institutional integrity of the country.

And that would be even more damaging than more "mostly peaceful" protests.