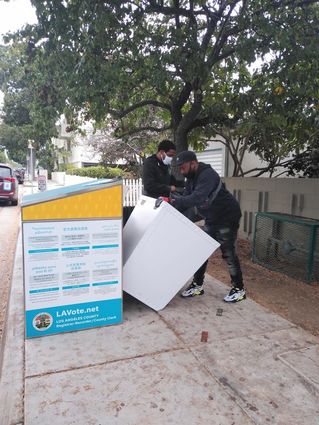 The federal and California state governments sent subtly, but distinctly, different messages to the media regarding steps they are taking to provide election security. Both state and federal officials pledged to use their authority to ensure a free and fair election. But the state government, represented by Mark Ghilarducci, California's Homeland Security Advisor, stressed its concern over the spread of "misinformation" by foreign actors. The U.S. government, represented by District Election Officers Lindsey Dotson and Thomas Rybarczyk from the Department of Justice, appeared more concerned with the possibility of outright fraud, such as marking ballots for voters against their will and voter intimidation.

In a press release, California HSA official Ghilarducci wrote "we will not tolerate foreign interference in our elections," adding that they would also prosecute domestic criminal activity regarding the vote. He went on to assure the public that they would work together with the counties and the FBI to "mitigate any potential cyber intrusions." Ghilarducci made sure to add, "We're also coordinating closely with the private sector - including social media companies - to make sure that their platforms are not used by foreign actors to spread misinformation, disinformation and propaganda."

The government of California is very concerned, you see, with keeping the people who live here from possibly hearing or seeing something that might not be true. Only the truth is allowed - and only they get to decide what is true. For our own good. Because we are not sophisticated or intelligent enough on our own to weed out what is to be believed and what is to be discounted.

The federal officials also seemed to anticipate voter intimidation, including such illegal acts as questioning or challenging voters at the polling place and photographing or videotaping voters. The latter is illegal even under the pretext of uncovering illegal voting.

Voter intimidation was implicitly anticipated to the extent that the federal District Election Office made sure to instruct the public to call 911 first in the event of a crime of violence or intimidation before filing a complaint with the Justice Department. "State and local police have primary jurisdiction over polling places, and almost always have faster reaction capacity in an emergency." 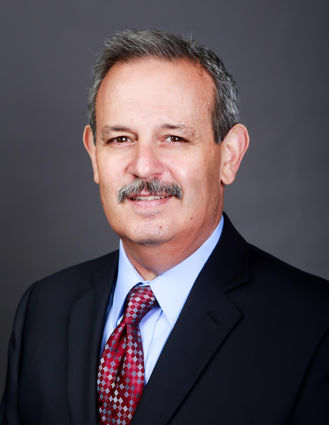 California officials clearly fear the spread of outrageous rumors, most probably about Joe Biden, and how that might affect voter's decisions. Meanwhile, federal officials harbor deep suspicions that Democrat operatives may engage in some of the traditional voter fraud for which they have gained a reputation, earned or not. With perhaps more justification, they appear to anticipate that anyone intending to vote for Trump - or any other Republican - in California may have reason to fear aggressive, allegedly righteous, antagonism from the far more populous left-wing quarters.

Most interesting to us is that this is the first time we have ever received a press release promising a free and fair election from either state or federal officials. Perhaps the claims from all sides that dire consequences will ensue should their faction not win has raised the stakes beyond the norm. The problem is that when both state and federal officials try to assure the public there will be no foul play, that only serves to contribute to fears of just such events.

If a Trump supporter risks being hurt just for wearing a red cap, and if Californians feel that it's unsafe to declare their allegiance to Trump, then you know what side the voter intimidation comes from. To pretend that Russian interference for Trump is why censorship occurs - this is weak. Only the drones and dolts, at this point, will believe such a thing. And they were never going to vote for Trump anyway.