Los Angeles Police Protective League asks what the LA Police Commission is doing to reduce a 10-year high in crime, with 23 percent rise in shooting victims 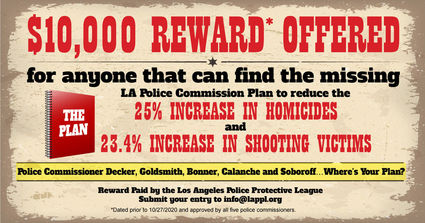 This past Tuesday, Chief Moore reported the following to the Police Commission: 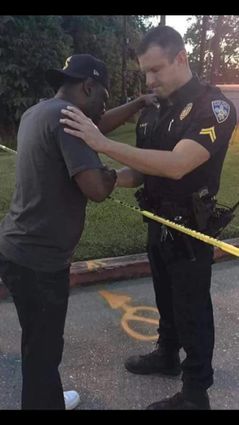 "The Police Commission is responsible for the overall operation of the LAPD, yet they are derelict in their duty to produce a plan to reduce the dramatic increase in homicides, shootings, and gang violence in our city," said Lt. Craig Lally, President of the Los Angeles Police Protective League (LAPPL). "How an organization focuses its time and resources is a reflection of its values. Based on that, it's clear that crime victims and neighborhood safety are at the bottom of the Police Commission's to-do list."

"Week after week, we've watched the Police Commission be briefed on crime reports from Chief Moore showing many Los Angeles neighborhoods are gripped by violence, death, fear, and pain, yet we've seen no plan from these Commissioners on how to make our city safer," said Sgt. Jerretta Sandoz, Vice President o the LAPPL. "We've seen a lot of focus on defunding the police and on de-policing in neighborhoods heavily impacted by violent crime. Sandoz added, "Maybe the Commission's plan was stolen from one of their offices, maybe it's collecting dust on a shelf. It's time to deploy a search party and find it and we're hoping the $10,000 reward will bring it to light...if it exists. Commissioner Decker, Goldsmith, Bonner, Calanche and Soboroff, where's your plan?"