Inexperience counts: Gascón's proposal, ignoring the science and data, strips domestic violence attorneys of their ability to be able to effectively proceed in these high-risk cases. 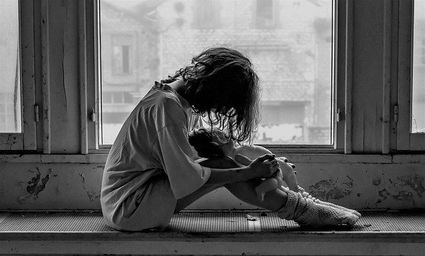 An important part of effectively proceeding on domestic violence cases is getting the victim to testify.

There are few positions where experience matters as much as the head of the largest prosecutorial office in the country. George Gascón, candidate for Los Angeles County district attorney, seeks to lead that office without ever having prosecuted a case himself. And there is perhaps no better illustration of the consequences of this lack of experience as his policy proposal in domestic violence cases. Specifically, Gascón proposes that domestic violence victims, even if served with a subpoena, will no longer have to come to court to testify. This seemingly humane proposal is fraught with unintended consequences, including the dismissal of many disturbing domestic violence cases.

Unlike Gascón, I have extensive prosecution experience and have prosecuted a wide variety of cases for nearly 13 years. But I also have unique personal experience that has shaped my view of the criminal justice system. I have sat in jail not knowing when I was going to go home. I have nervously walked into a courtroom charged with a crime and overwhelmed with anxiety over what was going to happen to me. As far as domestic violence experience, in my current prosecution assignment I interact with victims of abuse almost daily. But I also am no stranger to their situation: I am a survivor of a vicious domestic violence attack.

Understandably, many people are uncomfortable with the idea of making a domestic violence victim testify. After I was dragged from my car, strangled and beaten, I did not want to relive the trauma. I certainly did not want to testify about it in court. But Gascón's simplistic and broad proposal ignores the complexity underlying many of these cases and will undermine our ability to keep victims safe from future harm.

For example, take the case of Michelle Monson Mosure. Michelle's husband, Rocky Mosure, beat her, threatened her, and told her that if she ever left, he would kill her, their children, and himself. One day, Michelle summoned the courage to report the abuse to law enforcement. A few days later, she recanted and claimed that the threats never happened and that Rocky was actually a wonderful husband and father. The prosecutor listened to Michelle and dropped the charges. Tragically, just a few months later, Rocky followed through with his threat, killing Michelle, their two young children, and himself.

Michelle's case raises important concerns with regard to policies in domestic violence cases: Is it always best to let the victim decide whether the charges should be dropped? Or is it sometimes necessary to move forward even when the victim does not want to?

Protecting victims from future harm should be the key concern for any prosecutor handling these cases. Domestic violence accounts for 21% of all violent crime in the United States and in 70% to 80% of domestic violence homicides, there was physical abuse before the murder. As those of us who work in the domestic violence realm know, a staggering amount of these crimes go unreported and a large number of victims, like me, are reluctant to pursue prosecution due to a number of complex reasons.

One of the primary ways to prevent a tragedy like Michelle's is to effectively prosecute abuse before it escalates to murder. A National Institute of Justice report authored during the Obama administration concluded: "Prosecution deters domestic violence if it adequately addresses abuser risk by imposing appropriately intrusive sentences, including supervised probation and incarceration."

An important part of effectively proceeding on domestic violence cases is getting the victim to testify. The majority of victims will indicate (at least publicly) they do not want to be involved in the criminal case. However, without victim testimony, many cases are, at best, severely compromised. At worst, they are unprovable. The reason for that, as any experienced attorney or judge knows, is that testimonial statements made by a victim are not legally admissible at trial unless the victim actually comes to court and testifies. Crawford v. Washington, 541 U.S. 36 (2004). To put it simply, in order to effectively present a case at trial, we almost always need victim testimony.

Because of the need for in-court testimony, a frequent conflict in domestic violence cases arises when a case needs to go to trial but the victim still does not want to testify after being offered all therapeutic and safety options. This conflict is particularly pressing in cases involving strangulation, stalking, threats, or use of a firearm because there is a high likelihood of continued abuse.

Gascón's policy also fails to account for the difference in what many victims say and what they actually want. As the National Institute for Justice report found, "(i)f asked to declare publicly in court in front of their abusers, survivors may express ambivalence about the prosecution of their abusers." However, when asked privately, "a majority of survivors support domestic violence prosecutions and sentencing." The logic behind this discrepancy is simple: Some domestic violence victims will publicly say they want the case dropped for fear of retaliation, but privately hope the case proceeds so the abuse will stop. A victim, testifying in response to a subpoena can safely claim they did not do so voluntarily. Gascón's proposal, if adopted, will signal to countless abusers that when a victim testifies it is not because they are being "forced to," but because they chose to.

Cindy Wallace is a Deputy District Attorney who has years of experience dealing with domestic violence cases.