Pennsylvania beyond the mandatory recount zone, says the Associated Press. The move was hardly unexpected, given the Democrats growing lead Several major networks have called the 2020 US presidential race for Democrat Joe Biden, after his lead in Pennsylvania widened to over half a percent.

The move was hardly unexpected, given the Democrats growing lead in counting in Georgia, PA and other states once seen as Trump territory. With PA and Arizona, Biden/Harris's electoral vote total is 273, more than the 270 needed to win.

In Pennsylvania, there is a possibility of a recount if the winner of a race does not have half a point over his opponent. It now appears that the vote totals will not support a recount, hence the call.

The Associated Press was the first major news organization to announce for Biden on Saturday morning, November 7th. Others followed, including the New York Times, Fox News and ABC News. Several states have been moving in Biden's direction since Wednesday morning, as mail in ballots have been counted.

On Tuesday night, President Donald Trump was leading by 500,000 votes and 4% points. Mail in ballots made the difference for the challenger.

US Presidential elections are decided not by the networks )officially speaking), but by the Electoral College which meets in January. Nevertheless, the move will add to pressure on Mr. Trump to concede the 2020 election.

President Trump's campaign has stated it will not accept these results. Lawsuits have already been filed in Pennsylvania, Michigan, and other states that have been called for the Biden campaign.

Naturally, the mainstream media made it a point to call Harris the first Vice President elect of Jamaican or Indian heritage.

Saying it only calls races when an opponent has no path to victory, the AP explains its decision:

"The AP called the race for Biden, who held a 30,952-vote lead after it determined that the remaining ballots left to be counted would not allow Trump to catch up. The news agency has already declared Biden the winner in both Michigan and Wisconsin.

Under Pennsylvania law, a recount is automatic when the margin between two candidates in a statewide race is less than 0.5 percentage points. Biden's lead over Trump was on track to stay outside of that margin as final votes are counted."

The Trump campaign issued the following statement on Saturday, just after noon:

"We all know why Joe Biden is rushing to falsely pose as the winner, and why his media allies are trying so hard to help him: they don't want the truth to be exposed. The simple fact is this election is far from over. Joe Biden has not been certified as the winner of any states, let alone any of the highly contested states headed for mandatory recounts, or states where our campaign has valid and legitimate legal challenges that could determine the ultimate victor. In Pennsylvania, for example, our legal observers were not permitted meaningful access to watch the counting process. Legal votes decide who is president, not the news media." 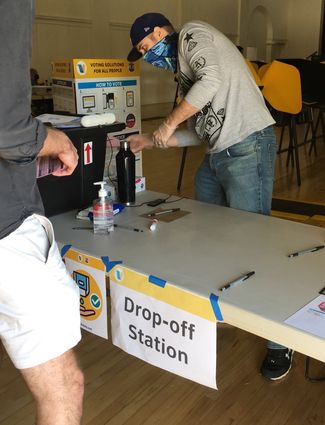 "Beginning Monday, our campaign will start prosecuting our case in court to ensure election laws are fully upheld and the rightful winner is seated. The American People are entitled to an honest election: that means counting all legal ballots, and not counting any illegal ballots. This is the only way to ensure the public has full confidence in our election. It remains shocking that the Biden campaign refuses to agree with this basic principle and wants ballots counted even if they are fraudulent, manufactured, or cast by ineligible or deceased voters. Only a party engaged in wrongdoing would unlawfully keep observers out of the count room – and then fight in court to block their access."

"So what is Biden hiding? I will not rest until the American People have the honest vote count they deserve and that Democracy demands."