Other social media giants (Facebook and Google) can only watch in horror as the Twitter CEO goes batcrap crazy with censorship, taunting the United States Congress to address the flaws of Section 230 of the Communications Act 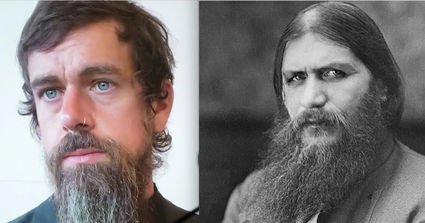 Jack Dorsey, CEO of Twitter on the left; Grigori Rasputin, mystic influencer of the last tsar of Russia on the right

Election Day is past and so is the excuse for social media platforms to censor content based on the fear of "election interference." But Twitter censors on. Today, Matt Walsh of the Daily Wire tweeted out a concern regarding a bizarre vote update by the State of Michigan. The tally showed Biden securing 100 percent of a packet of 128,000 votes. Walsh tweeted, "This is reason enough to go to court. No honest person can look at this and say it's normal and unconcerning." After Trump quote tweeted Walsh's original tweet, Twitter added the warning to it, "Some or all of the content shared in this Tweet is disputed and might be misleading about an election or other civic process. Learn more."

The Decision Desk in Michigan has since clarified that the tally was in error and corrected the error - but they did make the error. They did inaccurately report a large number of Biden votes. Walsh's tweet was neither disputed nor misleading. For Twitter to censor him and add the warning was an outrageous overstep of the federal legislature's intent in allowing social media platforms to "curate" content.

At present, social media platforms like Facebook and Twitter, are treated by section 230 of the 1935 Communications Act as something bizarrely between a publisher and a public utility. The law allows media platforms immunity from liability for the content users may post on their websites. So if a user tells viewers to swallow Tide pods, Facebook cannot be sued (successfully) if anyone is stupid enough to take that advice.

On the other hand, platforms are allowed to "in good faith restrict access to or availability of" certain material. The rationale was to allow social media platforms the ability to clean their sites of utter filth. Material deemed by the law to be removable is that which "the provider or user considers to be obscene, lewd, lascivious, filthy, excessively violent, harassing or otherwise objectionable."

The last phrase, "otherwise objectionable," is the catch-all that has been allowing sites to censor anything at all that they wish. Obviously, Walsh's tweet does not fall into any of the other categories.

Niall Ferguson of the Hoover Institution writes in Bloomberg that the situation of the social tech company is thus: 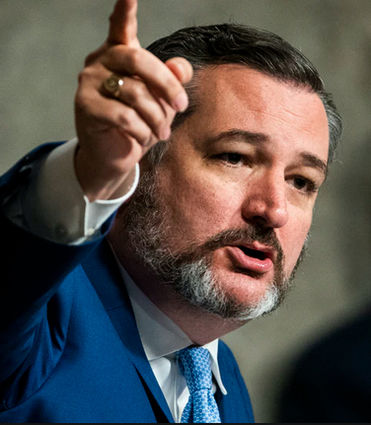 "If one of the platforms hosts content that is mendacious, defamatory or in some other way harmful, and you sue, the Big Tech lawyers will cite Section 230: Hey, we're just a tech company, it's not our malicious content. But if you write something that falls afoul of their content-moderation rules and duly vanishes from the internet, they'll cite Section 230 again: Hey, we're a private company, the First Amendment doesn't apply to us."

By choosing to censor and harass members of the conservative media over such trivia and in such poor faith, Jack Dorsey, CEO of Twitter, is practically begging congress to take another look at section 230, which has clearly become outdated. If our federal legislators are smart, they will listen to Ferguson's advice, which is twofold: 1) make media platforms legally liable for the content they host and force them to shoulder responsibility for the content on which they make billions, and 2) establish First Amendment rights for those who use big-tech platforms that have become the public square.