Amazon's monopoly power and self-preference are focus of the probe 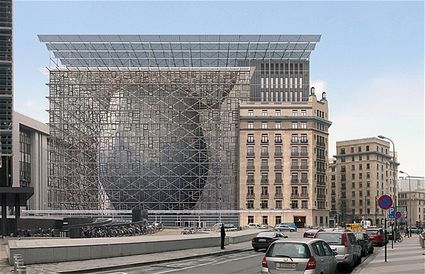 November 13, 2020, Los Angeles, CA – The European Union formally charged Amazon with antitrust violations for abusing its dominance in online shopping and using non-public data gathered from sellers to make informed decisions on its own products. A second probe focuses on whether Amazon favors its own retail offers or those of marketplace sellers who use its logistics and delivery services. The criteria Amazon uses to select products featured in its prominent "Buy Box" are also scrutinized.

The probe could expose Amazon to potential fines of up to 10% of its annual global sales, implying a maximum penalty of around $37 billion based on the company's revenue forecasts this year.

A parallel investigation by a U.S. Congress Subcommittee concluded, "Our economy and democracy are at stake." Particularly alarming for Amazon sellers, suppliers, and consumers is Amazon's monopoly power to self-preference and disadvantage competitors in ways that undermine free and fair competition, bullying of its retail partners, and improperly using third-party data for its strategy for developing and selling its own private-label products. Amazon has acquired at least 100 companies.

Amazon is a voracious churner of counterfeit, fraudulent, and replica items, indifferent to the damage they cause to consumers, legitimate sellers, and manufacturers while fulfilling their desire to be the sole source of items for purchase. While Amazon is destroying worldwide businesses and endangering consumers, there is no incentive to clean up their websites -- they make too much money. The global juggernaut, headed by the world's richest man, paid no federal income tax on $11.2 billion in profit in 2018 and a 1.2% tax rate on a $13.3 billion profit in 2019.