When society flushes the toilet, women only have 2 prisons in California. I'm in the oldest one in the state. I called my room ' The Death Row Observatory.' 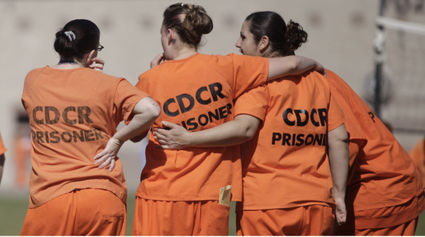 Dateline NBC...48 Hours on CBS...We love to watch them. We love to hate those featured in them. Both shows feature a large number of cases from here in California. Do you ever wonder what happens after they catch, convict and sentence those who committed crimes worthy of being featured in an hour-long, riveting TV show?? Specifically, the women involved. Well, when society flushes the toilet, women only have 2 prisons in California. I'm in the oldest one in the state. With some of the most famous household names.

For obvious reasons, I'm unable to name the names of those located at this facility where I am currently. However, a quick search will show you who's here around me. Trust me, it's worth a look. I used to heavily judge those around me with so-called 'babe cases.' Cases involving death, molestation or any form of harm to kids. However, I now live in a humble recovery. So, I spend my time working on myself, not judging the crimes and cases of others.

Anyway, I never get used to walking past famous and infamous women and just wondering what they are thinking and feeling. What were they thinking and feeling when they did what they did? Do they still think about their crimes? l know l think about mine daily. They blend in with the population like the rest of us. Nothing makes them stand out unless you happen to know who they are.

Full disclosure, there are many things I'd love to say, but for many reasons, I can't until I'm free. So, I level with you and share what I can until that time. I do plan to continue this column after my release, if you will continue to welcome me. After about 10 years, nobody is the same person they were when they did what they did to land them in prison. Some of us lost our the tempers and got overwhelmed and just lost it. Others took part in diabolical, heinous acts that fascinate the average person. I'm one of the former, thank God.

Once in a while, there will be a 'Dateline' or '48 Hours' episode airing about someone here. All the girls will start whispering behind that person's back, telling each other to watch it and on what channel at what time.

I was at the now-closed Valley Stage Prison for Women. I also lived across from the women's death row for 4 months while waiting to transfer. I called my room ' The Death Row Observatory.' I looked at Death Row and could not help but wonder what landed each one of them there. Some I recognized. Some I didn't. So, I've seen many. I never get used to it. I never stop wondering about the story on TV, compared to the person I see in front of me. I've never asked. I do not make a point of making friends with these women. Simply because I've never killed anyone. So, I do not want to become desensitized to the fact that I am surrounded by killers. 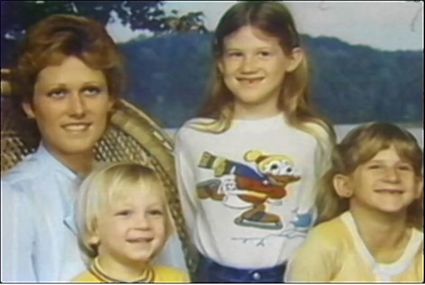 I was housed close to Diane Downs at two other prisons. Yes, that Diane Downs! That's the infamous Diane Downs! The subject of the movie "Small Sacrifices." I recognized her from her parole board hearing, shown on the news. I was in awe of her careless ability to live as if she was just another average person.

I once had a conversation with a woman famous for multiple murders. She and I had a conversation and she expressed her hate and judgement for President Trump. Angrily, no less. I could not help but to stop and observe the irony of that. (Matthew 7:1 Judge not, lest ye be judged. ) All I could do was calmly let the irony hang in the air and speak for itself.