"Present the Evidence Guys. Now is the Time." says the Conservative commentator, who appears to be losing his patience with the President 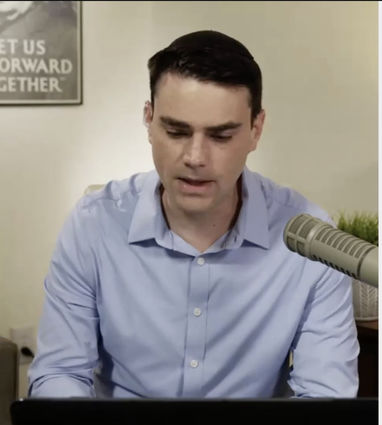 Conservative commentator Ben Shapiro tells the administration of Donald J. Trump to either put up or shut up.

"No more of the pitching this stuff on national TV," said Shapiro. If this is show and tell, says Shapiro, it's time for less of the showing, and less of the telling. Put the cards on the table at this time. There absolutely is fraud in every election including this one, said Shapiro. "But it's time to either present the evidence, or quit saying you're about to release the Kracken," as Trump attorney Sidney Powell has repeatedly said, "Unless you really have a Kracken to release."

"We should make the elections cleaner, we should all be on the same page about counting every legal vote. But if you're talking about disenfranchising voters," says Shapiro, "it's time for more sunlight not less."

Having Rudy Giuliani represent the President in Court is a sign of desperation, said Shapiro. He hasn't appeared in a courtroom since 1992. Clearly, the president is having a hard time even finding attorneys to represent him at this time, which does not bode well for the strength of Trump's case, Shapiro says.

Shapiro has said in the past that he did not support President Trump in 2016, but that he supported his re election in 2020 "because to my surprise, he governed as a conservative." He has avoided calling the US Presidential election for Joe Biden, but has started to become skeptical that Trump attorneys like Sidney Powell really have the evidence to show the 2020 election war rigged.

Shapiro also addressed the Senate Judiciary Committee's hearings including Jack Dorsey, CEO of Twitter and Mark Zuckerberg, CEO of Facebook. He said Dorsey and Zuckerberg admitted social media sites have outsourced their censorship to "so-called fact checking sites" like http://www.Snopes.com and http://www.mediamatters.com, that are biased towards the left. The fact checking sites actually judge the political orthodoxy of conservative websites in the guise of objective journalism.

"Media Matters is a leftwing front group started by Hillary Clinton," said Shapiro. "It would be like me citing the Epoch Times, an overtly partisan group, for saying that left wingers encounter no difficulties in the United States." said Shapiro.

This never was about voter fraud. There is no such thing. This is all about the minority fighting to keep power after they lost a fair election. Republicans are a complete disgrace and an embarrassment.