Why is Santa Monica So Eager to Build 8,874 Units? Questions Raised During Webinar Have Not Yet Been Answered

The overwhelming response to the city's webinar was opposition to zoning for 17 percent more housing. 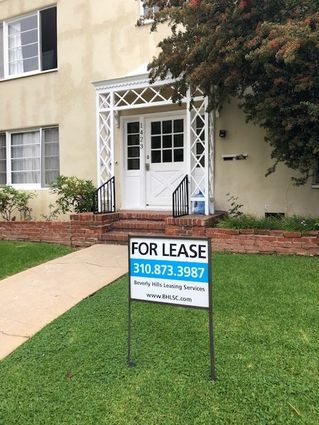 The plethora of "For Lease" signs sprouting around the city question the necessity of zoning for an additional 8,874 units

It's been almost two weeks since the City's Planning Department hosted their first webinar about the Housing Element Update - the plan to zone for an additional 8,874 residential units as ordered by the Southern California Association of Governments. Although the questions raised during the webinar have been posted online, none of the promised answers have been given.

Every eight years, SCAG distributes among the 191 cities of the region the portion of expected new housing for which each needs to zone. At the beginning of the current cycle, SCAG was told by the California's Department of Housing and Community Develoment that they had to plan for an additional 1.34 million units in the region. This number is referred to as the Regional Housing Needs Assessment (RHNA). SCAG then allocated 8,874 units of this number to Santa Monica. Santa Monica is now supposed to zone for this amount of additional housing or face penalties from the state government.

A series of webinars held by Santa Monica were supposed to seek public input. "Public input" turned out to be the ability to post questions during the Planning Department's hour-long presentation about how they plan to shoehorn this many units into the city. This is a 17 percent increase over the housing stock currently in the city.

The questions posted online were overwhelmingly opposed to the city agreeing to zone for so much additional density. There was suspicion regarding the methodology used to produce this number of units and concern about the consequences of doing so. The questions posed serve in themselves to illuminate the situation

Regarding the Methodology and Realism of SCAG's number for Santa Monica

Several attendees questioned the validity of the number assigned to Santa Monica by SCAG.

"The source of the 8874 unit number is an artificial construct. There is no solid basis for this number as it came from a 4 year old New York study. Why do we need to accept this bogus methodology?" asked Mario Fonda-Bonardi. Tricia Crane agreed, adding that the underlying RHNA is incorrect. "According to the Embarcadero Institute think tank, Senate Bill 828 passed in 2018 and double-counted how much housing is needed in the state and yet this is now law," she wrote.

Fonda-Bonardi also pointed out the discrepancy between Santa Monica's allocation and that of a comparable city. "Long Beach who has the same freeway and light rail relationship as we do they got 5.34 percent obligation while we got 9.57 percent in relation to our population. Why? SCAG is just playing with the numbers again no credibility."

One respondent wondered about the number of units Santa Monica should plan for based on our transit connections. "The RHNA 8,874 allocation is 87 percent (7,718) units driven by transit only, not SM organic growth - how can one rail line and bus service drive that huge increase in the level of build/development?" Wrote Marc L. Verville.

Others noted a mysterious jump in the number of units SCAG had planned to assign Santa Monica between November and December of 2019. The number of units increased by 88 percent or 4,229 units. "What caused this mysterious population explosion?" asked Elizabeth Van Denburgh.

Since the stated rationale for planning to build so much housing is to drive down high housing costs in the region, one person asked the eminently practical question if anyone had actually studied what, exactly, had so driven up housing costs. That does seem a valid question to ask before rushing to 'solve' the problem with solutions that might not address root causes.

Several attendees wanted to know if a projected shift to telecommuting after the COVID pandemic shouldn't be taken into account. And if existing office buildings were going to go unutilized, perhaps that space could be converted to housing.

Santa Monica has not proven to need this much housing

Attendees wanted to know how much of the projected housing need Santa Monica had produced during the last cycle, with one respondent claiming that Santa Monica had built past their last SCAG allocation during that period. Shouldn't the city get credit for that?

The public was not consulted about an appeal

"We never heard any public discussion of this option [to appeal]. Why not? Should Santa Monica - now with a new city council - reconsider this project to pursue an unreasonable plan?" asked Tricia Crane.

Several people wanted to understand if it wouldn't make more economic sense to defy SCAG and incur the financial penalties from the state rather than comply, which would mean paying for some 6,000 units of affordable housing.

"What is the relative cost of the penalties if we don't build 8800 units compared to the actual infrastructure costs of schools, parks, police, water supply, energy production, etc etc for those same units? We will have horrible increases of public expense for a problem we did not create." Mario Fonda-Bonardi pointed out.

Financing of the affordable units and associated infrastructure

Many wanted to understand how this mandate from the state, through SCAG, was going to be financed. "Not only the affordable housing but also the infrastructure to support 8,874 more units?" One person asked.

Welfare of the existing city

Santa Monica supposedly cares about the well-being of its residents. So one respondent asked, "How will this advance/foster well-being of existing residents & neighborhoods & community? There is a need for ample outdoor space, parks, sunlight, peaceful quietude and a high quality of life for each household, each resident."

Another pointed out that, "8873 is a number incompatible with both the General Plan and LUCE."

The projected impact on traffic was questioned, as well.

The overall wisdom of planning to build dense housing along the rail line and Lincoln Boulevard was questioned. "Has any thought been given to creating COVID incubators by building higher and denser buildings especially along Lincoln?" asked one person.

The questions also came from citizens concerned about the equity of the projected increase and location of the new housing units.

"Will this state mandate speed up the gentrification machine that is driving out low income residents?" asked Marc L. Verville.

"How does building housing only along the boulevards affirmatively further fair housing?" asked Matthew Stevens. " The boulevards have the most traffic, the most particulate matter pollution, the most noise pollution, and the most light pollution. Shouldn't we allow affordable housing in more quiet neighborhoods also?"

Another person noted that "This plan puts all of the low income housing in the lowest income area of the City. Why isn't it spread out into other areas? Smaller units north of Wilshire could be redeveloped." 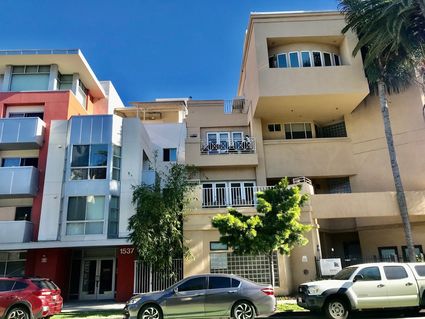 Housing has been going up all over the city. Do we get credit for it?

One, single respondent, perhaps a plant from a developer or city staff member (it was the only respondent who didn't put down a full name), wanted yet more housing. "Can Santa Monica exceed our RHNA? As an environmentally-conscious city, we should do everything we can to get more neighbors in our walkable, transit-rich city." Since when has anyone, anywhere wanted more neighbors? This person had to live elsewhere.

The lack of any response from the Planning Department to all of these questions and the lecture format of the "public input" webinars in general do not point to a city staff who actually intend to care what residents want. One question noted on the website made this even more clear. "Why is the questionnaire not controlled for residents only?" he asked. "How is this going to provide statistically valid information?"

Of course, the questionnaire is not actually intended to garner information about what the residents of Santa Monica want. It is only to let us feel as if they are giving us a say when, naturally, they are not.