The Santa Monica Police Department met the 10-15 protestors as they arrived at 9 am and informed them they had to stay 50 feet away from Supervisor Kuehl's two-story home on Pearl Street. 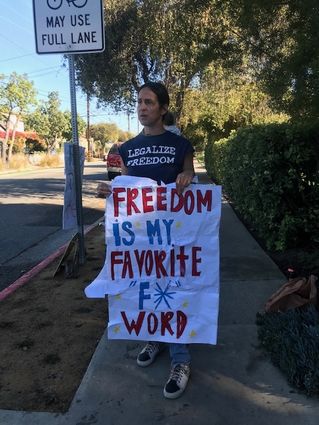 LA County has been under some form of lockdown since March 19, 2020

A small but noisy protest was held outside of LA County Supervisor Sheila Kuehl's house in Santa Monica this Tuesday morning. The previous week, on Monday, November 23, Kuehl voted to close all outdoor restaurant dining. A day later Kuehl was observed eating outdoors at Il Forno Trattoria on Ocean Park Boulevard - the last day, according to her own rules, that such activity was permitted.

According to an eyewitness account, the Santa Monica Police Department met the 10-15 protestors as they arrived at 9 am and informed them they had to stay 50 feet away from Supervisor Kuehl's two-story home on Pearl Street. Yes, the same Santa Monica police who allowed violent looters and arsonists to take over the city on May 31.

One "daring one," according to the eyewitness, did approach Kuehl's front door and knocked at it. Following this, three SUVs showed up with three men and a woman. They did not identify who they were or what agency they came from.

The protestors were noisy, shouting as loudly as they could. Some in vehicles passing by honked in approval. Others saluted the protestors with the middle finger.

In giving her vote to close restaurants, Kuehl said, "This is a serious health emergency and we must take it seriously. The servers are not protected from us, and they're not protected from their other tables that they're serving at that particular time, plus all the hours in which they're working." 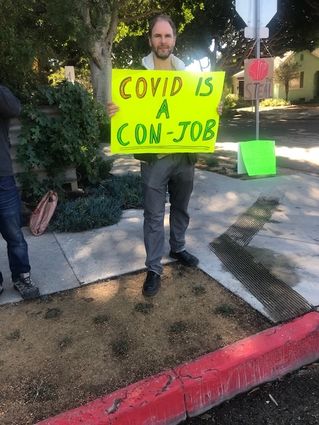 Kuehl has been widely mocked for exposing the servers at Il Forno to this dangerous situation when she ate there on the last day that, according to her own rules, they were allowed to serve outdoors. At the same time, she exposed herself to possible infection. She is 79 years old, well in the high-risk category should she contract COVID-19. According to KABC radio, Kuehl's staff stated that the county supervisor was attempting to give her favorite restaurant support during this difficult time. No explanation was given for why this support did not take the form of a takeout order rather than exposing the servers to possible danger.

Kuehl has been on the county Board of Supervisors since 2008. Prior to that, she served in the California State Senate from 1994 until 2008, when term limits forced her to seek a different office.

And the same people that are so mad at Sheila are totally okay with President Trump and Secretary of State Mike Pompeo throwing huge Christmas parties for hundreds of invited guests indoors at the White House. Republican anger is misdirected. Mad about lockdowns? Blame the guy in the White House that botched the response last Spring. We're all paying the price now.

She voted to shut down restaurants again, presumably based on solid information that outdoor dining posed a serious health threat. If she REALLY believed that, to the point where she voted to curb freedoms and put more restaurants out of business ... WHY was she there? Her staff's pathetic explanations are just that - pathetic. And totally un-believable. Yes, Sheila, do as you say.