Gascon's plans will do nothing but further victimize Los Angeles residents, especially Black and Hispanic residents who currently make up 70% of violent crime victims. 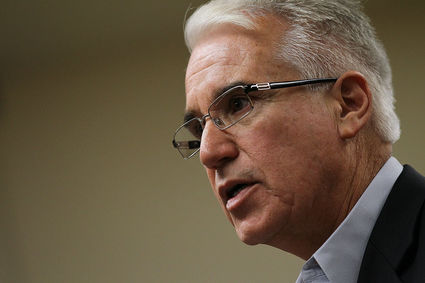 George Gascon resigned as District Attorney for San Francisco in order to care for his ailing mother; instead, he ran for DA in Los Angeles. Hopefully, he can find an ailing relative in yet another city to give him an excuse to quit here, too

Los Angeles, CA-Today, on his first day in office, newly elected District Attorney George Gascon announced several initiatives and priorities for his tenure as District Attorney. The LAPPL Board of Directors issued this statement in response:

"As homicides, shooting victims, and shots fired into occupied homes soar in Los Angeles, it's disturbing that Gascon's first act in office is to explore every avenue possible to release from jail those responsible for this bloodshed. The new DA talks a good game, but his plans will do nothing but further victimize Los Angeles residents, especially Black and Hispanic residents who currently make up 70% of violent crime victims. These victims and law-abiding residents lost a voice today while criminals and gang members gained an ally in the prosecutor's office. We sincerely hope Gascon realizes quickly that setting L.A. County on the same path he put San Francisco on will be disastrous."

Gascon isn't going to realize anything. He's there to do a job, and that job is to turn LA into another crime-ridden hellhole the same way DA Larry Krasner did in Philadelphia when he ended cash bail there because it allegedly created...inequities. Now, crime will skyrocket in the LA area because a revolving door has just been installed in every police station in the county the moment Gascon was sworn in. The fact that the entire State of California voted overwhelmingly on November 3rd to NOT end cash bail in the state and now Gascon is unilaterally doing it on his own in LA County is outrageous. People should be furious about this and yes, it's going to be the Black and Hispanic areas that suffer the most.