The 7 member Santa Monica City Council will face the old problems of homelessness and crime, aggravated by the Covid-19 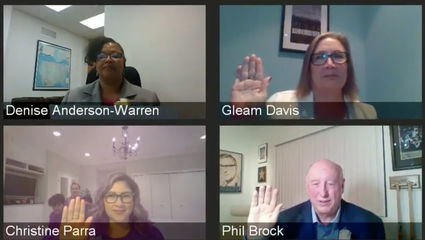 Christine Parra, Gleam Davis and Phil Brock were sworn in

There's an emergency lockdown in place and the meeting had to be held via Zoom. Nevertheless, Santa Monica did what it has done every two years for 150 years, and swore in a new City Council on Tuesday Night. 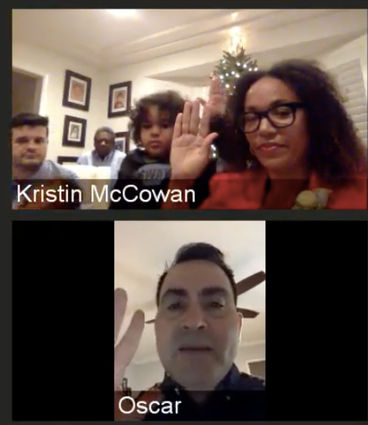 After going a few rounds, the new Council voted in Sue Himmelrich as the two-year Mayor, and Kristin McGowan as two-year Mayor Pro-Tem. Kevin McKeown and Himmelrich, will serve 2 more years on the council--their terms do not expire until 2022. Santa Monica Mayor is an honorary title, mostly.

The 7 member Santa Monica City Council will face the old challenges of homelessness and public safety, aggravated by the Covid-19 crisis and George Floyd looting in late May and early June.