Sen. Chuck Schumer removed her from the Senate Judiciary Committee, because she was too senile 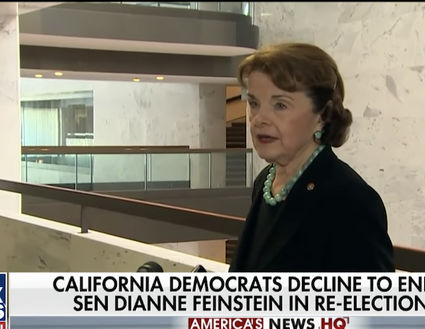 Several staff members and other US Senate sources say that California Senator Dianne Feinstein, who is 87 years of age, struggles to remember briefings just after they take place-and that her cognitive decline has been evident for several years.

"They say her short-term memory has grown so poor that she often forgets she has been briefed on a topic, accusing her staff of failing to do so just after they have. They describe Feinstein as forgetting what she has said and getting upset," reports the Los Angeles Times. This is based on a report that first appeared in the New Yorker. 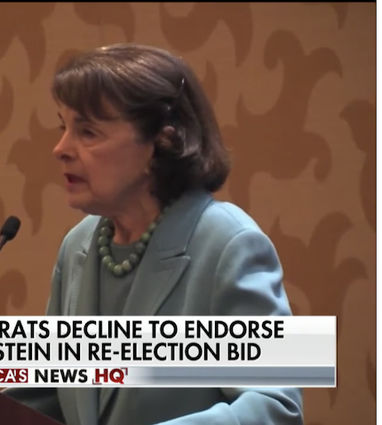 This is said to be "a sad but necessary story. Feinstein's legacy and accomplishments deserve respect. But she still represents millions of people, and has clearly been having trouble for a while. Reporters on the Hill know this, and it's really tricky to navigate,"said Emily Loop, a Washington reporter

Sen. Chuck Schumer reportedly asked her to step down from the Senate Judiciary Committee, after she could not remember which questions she had already asked witnesses.

Feinstein recently hugged Sen. Lindsey Graham, Republican senator from South Carolina. This was viewed on the left as treason. But others wondered if Graham was just expressing sentimentality over an aging colleague. One who may soon be gone. A hint of things to come, in other words.