Bill's author, Reggie Jones-Sawyer, admits proposal to require 4-year college degree or be 25 years old would greatly reduce the number of police recruits but thinks that would be okay 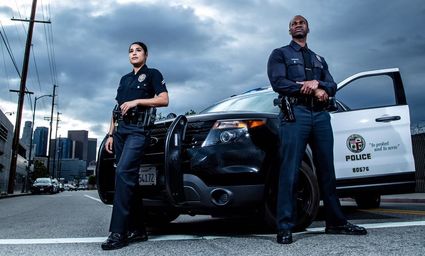 The LAPD posted this photo to celebrate Black History Month but how many Black officers will there be if Jones-Sawyer's proposal is made into law?

On the surface, the bill Assemblyman Reggie Jones-Sawyer (D-Los Angeles) plans to propose that will raise the requirements to enter a police force in California sounds like a good idea. Requiring recruits to either have a four-year college degree or be 25 years old seems like it would create a more mature, level-headed police force. In defending the proposed law, Jones-Sawyer cites a 2010 study that showed college-educated police officers in two different cities were less likely to use force in encounters with suspects. These officers also generated less complaints against them than their non-college-educated colleagues.

Jones-Sawyer's stated objective appears admirable, as well. He wants a better police force, where officers manage situations with less force. He admits that the more stringent requirements would reduce the number of people applying to become police officers - particularly during a time period when recruitment is already depressed due to public denigration of the police. But Jones-Sawyer thinks that could be a good thing. ABC News reports him saying, "We should actively recruit the best, and if it results in fewer I'll tell you one thing we'll probably have better which will probably offset the number of bad cops we could get because we just went out and scraped the bottom of the barrel."

The esteemed Assemblymember from Los Angeles is missing a few key pieces in his logic, however. These missing pieces render his proposal a very bad idea indeed, robbing the police of potentially good officers, decimating the power of quantity, and discriminating against minority communities. It's also not clear that lower use of force is necessarily a good thing when it comes to fighting crime.

1. Raising requirements will lower already-depressed recruitment and thin the ranks.

It may be the cause of the season to defund the police and redirect law enforcement funds to various feel-good "community-development" organizations, but, sadly, there is no evidence that any amount of youth development or rehabilitative practices will decrease the amount of crime. In fact, there is ample evidence that increasing police presence and strict enforcement is the best way to decrease crime. A sparse number of "good" police officers who are slow to use force will not be able to make up for simple lack of numbers. And who knows if those "good" officers will be able to maintain their level-headed calm when they are over-worked and stressed by trying to make up for a smaller police force?

For that matter, who in their right mind would choose to become a police officer after the hard work (and possible debt) of earning a four-year degree? There are a lot safer options that pay better.

2. Creating a high bar for entry discriminates against minorities.

In his seminal book, Race and Economics, the late Walter E. Williams, an African-American economist from George Mason University, discusses the effect on minorities of creating artificially high bars for entry into professions. Such bars result in discrimination. Minorities generally do not receive as good an education since they are not able to attend good schools. As far as college goes, that is out of the financial range of most minorities.

Reggie-Sawyer's retort to this problem, according to ABC News is, "maybe they should get off their butts, go to historically Black colleges where thousands of African-Americans are graduating every year, and go seek them [a college degree]." If it were that easy, would crime be such a problem in the inner city? If it were that easy, wouldn't all of the drug dealers and thieves and carjackers go to college so they could earn a safer, better living? Clearly, it is not that easy.

3. Lower use of force is not a demonstrable determinant of a good police officer.

While we would all like to live in a world where criminals just aren't that violent so that police hardly have to ever subdue them physically, this is not the case. Violence is an inseparable part of human nature, and the criminally violent will always be with us. It would be interesting to see the study Jones-Sawyer cites where college-educated police officers used less force than their less-educated fellows. One wonders what effect such lower use-of-force had on arrest rates and crime levels.

If police did not need to use force, we would not need them. A police officer who hesitates to use force may not be the one you want defending your life and property.

4. Youth can be an advantage as much as a disadvantage when it comes to policing

The United S.tates Armed Forces allows recruitment at age 18. This age is preferred over older ages because younger men are more willing to take risky actions that can put their lives in jeopardy. Frankly, they're dumber. But when it comes to battle, that bullet-proof mentality is exactly what is needed.

In 2004, an entire Army Reserve platoon was arrested for refusing to obey orders to drive a poorly protected fuel supply convoy through enemy-infested territory in Iraq. The soldiers called their orders a "suicide mission" and deemed the chance of being attacked "99 percent." Army reserves are older than recruits. These 19 men and women had lost their bravado to more mature risk calculations - and they weren't going to fight what they considered a losing battle. 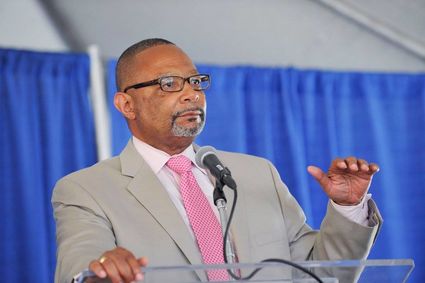 We have a police force because we don't want a situation where ordinary citizens feel they must walk around armed and ready to battle criminals. A war-zone environment would destroy our community, our economy, and our civilization. As long as humanity exists, so will criminal violence. We should train the officers still willing to protect us in skills pertinent to their work. The only way to depress crime is to reduce the motivation to commit it. Thinning the police ranks hardly detracts from a bad guy's motivation to do his evil deeds.

Why do these people feel they have to come up with bills. They're unnecessary, unwanted, and unsolicited. This bill should be tossed in the trash.