Does Playground Reopening Indicate a Shift in COVID Lockdown Policies? Or Did Gov. Newsom and California Public Health Department Simply Piss Off the Wrong People?

Clearly, there were some particular parents with very special influence and some specific legislators who happened to hold enormous clout who 'persuaded' the governor to change the guidelines. 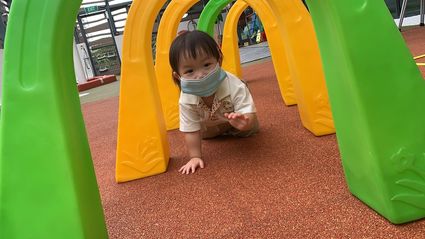 Children under two years old should not wear masks.

The state government reversed its ban on outdoor playgrounds on Wednesday, December 9. Playgrounds were one of the sectors closed when the state's Stay Home Order went into effect on the Monday of that week. The Stay Home Order was triggered by the remaining ICU capacity in the Southern California region falling below 15%.

No discussion was entertained and no reasons offered for closing playgrounds via the Stay Home Order. Children under the age of 18 are not at high risk of dying from COVID-19. Some research shows them at less risk from COVID than from the seasonal flu.

Perhaps not by coincidence, on Tuesday, a Los Angeles Superior Court threw out the county's ban on outdoor dining. The judge said the county lacked scientific evidence of risk.

While the state has kept its ban on outdoor dining - overriding the county -they did reverse the closure of playgrounds the very next day, quietly and without a press release. On Thursday, the County of Los Angeles revised their orders to align with the state and also reopened playgrounds.

An optimist might surmise that officials are starting to realize that questions are being asked: is this overbearing restriction really helping stem infections? After nine months of such restrictions and millions of people losing their jobs, answers are starting to be required of our leaders. An optimist might hope that officials are realizing they can't strip away our civil rights willy-nilly. A judge somewhere might actually require them to prove they have a good reason for doing so. 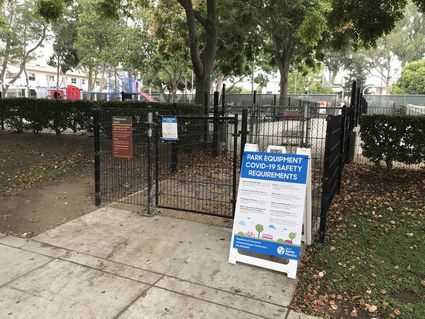 Officials warn that those who use playgrounds will be monitored to see if they are following the rules; if not, this 'privilege' will be taken away from them.

But the skeptic in me doubts officials have come to this conclusion. The Los Angeles Times reported that playgrounds were reopened "following outcry from parents and some legislators." Buried in that statement is probably the truth. There were some particular parents with very special influence and some specific legislators who happened to hold enormous clout who 'persuaded' the governor to revise the guidelines. It is highly doubtful that letters and emails from the general public, no matter how plentiful, changed Governor Newsom's mind. He knows he'll be reelected no matter what he does. He has zero sympathy for children languishing at home in 'distance learning' purgatory or restaurant owners losing their businesses and life savings. He is hardly going to care about the whining of a few parents.

The COVID emergency illuminates in ever-starker detail the privilege of those who already have influence and power and their complete lack of concern over the plight of those who do not own such influence and power. Governor Newsom's children attend private school. Why? Shouldn't the children of the state's highest office-holder attend the schools he and his super-majority legislature have prepared for the public? Instead, Newsom rightly perceives public school as inadequate and put his children in private school - a private school that is allowed to continue to hold in-person classes, by the way.

And a private school where the playground was allowed to stay in use even under the more stringent, original orders.