Is the Current California Lockdown Making Things Worse? It's Certainly Not Making Them Better

Six weeks into these draconian restrictions, the number of COVID-19 cases and deaths has only continued to rise in Los Angeles County 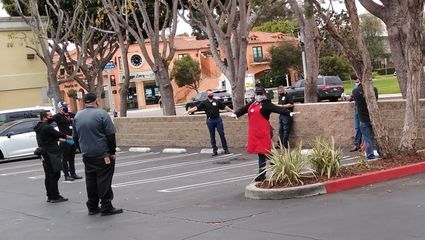 Starting in late November, state and county officials have been locking down increasing sectors of economic and daily life in California, and particularly in large and populous Los Angeles County. A curfew was placed, banning leaving one's home between the hours of 10 pm and 5 am except for essential activities. Outdoor dining was banned, followed quickly by the closure of personal care services and even playgrounds. Perhaps most significantly, residents were told they could not gather with anyone outside their immediate household. This prohibition was imposed right before Thanksgiving and has persisted past Christmas and New Year's.

So far, six weeks into these draconian restrictions, the number of COVID-19 cases has only continued to rise in LA County. Hospitals have announced they are overflowing, and Governor Newsom has deployed and requested additional medical care workers from the federal government and military.

The severe lockdown does not appear to be making much headway in slowing this trajectory. For all we know, it could be making it worse. The decision made by officials is the sort that can not be tested against a possible alternate decision.

However, a reasonable assessment of the situation and of human nature could easily lead to a conclusion that, indeed, closing outdoor dining and banning people from meeting outdoors in parks and other public places is undoubtedly a very bad idea.

Los Angeles County has been locked down, in one form or another since March 19, almost 10 months ago, nearly a year. For a brief period in early fall, our governor and county health director, Barbara Ferrer, PhD, MPH, MEd, permitted us to gather with as many as three different households. For the social animal that a human being is - just a fact, not an opinion - this ban on gathering is a completely untenable situation.

Virtual teleconferencing is in no way a substitute for true human interaction. Extended families have serious and undeniable needs to meet and maintain their bonds. Friends and members of interest groups and faith communities need to meet and speak to each other in a normal manner, maintaining these important connections. And, of course, young people have urgent needs to meet others with whom they can form meaningful and committed relationships. As a nontrivial aside, all of these relationships serve to build and strengthen the bonds of society as a whole. 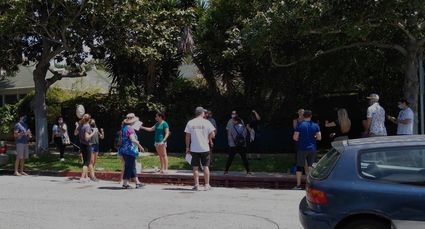 People gathering in May for a party in the street - against lockdown restrictions of the time.

Only a small fraction of people are going to strictly obey restrictions on meeting others outside their household. Even those who have every conscientious intention of following the rules banning gatherings will find themselves in positions where there is no choice but to abrogate such restrictive measures. And when officials cut off the safer places for people to take care of their very real and serious need to meet others - outdoors where the potential to transmit infection is almost nil - then they will meet them in places that are not safe. Indoors.

Scolding the populace and repeating admonitions to "stay safe at home" or "wear a mask" are not very effective against the overwhelming human need to interact in person.

It could very well be that if political leaders lifted the ban on gatherings outdoors, we could actually improve the curve of infection. People want to obey the law. They want to follow rules. But leaders need to create rules that are possible to follow.