Putting Covid Deaths Into Perspective: Did Covid Kill More than a War, and is the United States Really Worse than Other Countries in Dealing with the Disease?

365,825 deaths is a Little More Than Half those for Heart Disease or Cancer; Deaths per Million Matches other First-World Countries 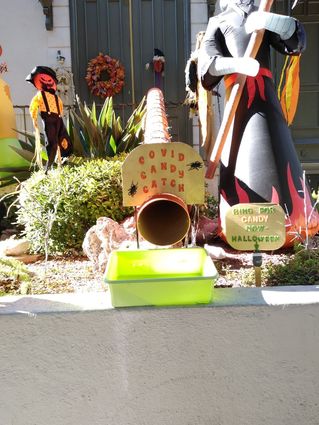 For fear of Covid, people went to extraordinary lengths to avoid personal contact during traditional gathering holidays like Halloween

At an intimate Zoom gathering I attended recently, a medical doctor, an educated woman who considered herself well-informed, told the group that nothing short of a war could have killed as many Americans as Covid-19. Nobody dared contradict the doctor. I don't think anyone considered the statement inaccurate. Of course, it was completely false.

As we end one year of pandemic and begin the next one that will undoubtedly also be marred by the effects, direct and indirect of the SARS-CoV-2 virus, it is beneficial to review the true numbers collected and dispel many of the common myths that are bandied about from one allegedly well-informed person to another.

To date (January 4), Covid-19 is said to have killed 365,825 in the United States and 1,879,983 worldwide. We will accept these numbers for the purposes of argument though there are assuredly some problems with them.

First of all, it is true that some wars in which the United States has been engaged since World War II have actually killed less people than the coronavirus. According to National Geographic, the Vietnam War killed a total of 58,220 people. However, more people have died in the US engagement in the Middle East since September of 2001 than of Covid. Improvised explosive devices alone are estimated to have killed over 357,000 people just since 2010. And, of course, World War II killed an estimated total of 75 million people. That is 39 times the number Covid has killed worldwide so far.

But, barring war, is Covid the biggest killer nationally (or worldwide)? Hardly.

Data from 2018 in the US show that far more people die every year from cancer and heart disease than have died from Covid. Heart disease killed 655,381 people that year, 1.79 times the number of alleged deaths from Covid this year. Cancer killed 599,274. Those numbers will probably be higher in 2020 because of delayed doctor visits and screenings. Smoking related deaths also surpass Covid at 444,200. Though a probable subset of the cancer and heart disease deaths, this number is important to note as there is far more people can do to halt smoking deaths than can be done to halt the highly infectious coronavirus. Yet the country does not go into an epileptic paralysis over smoking deaths.

Another myth bruited about is that the United States fares very poorly in comparison with other countries in how it has dealt with the coronavirus. (I actually heard this from a different medical doctor.) The facts do not bear out this statement whatsoever. If the United States looks as though it has suffered more cases per million population, they have also done far, far more testing per million population. At 789,028/1M, the US is only surpassed by Great Britain with 839,496/1M. France, Italy, and Germany have tested far less, at 557,031/1M, 449,210/1M, and 414,689/1M respectively. If you test less, you will find fewer cases.

The real number that matters, however, is the death rate in the population. Even if many more people have contracted coronavirus in the US, which is debatable, the fact is that no more people per population have died of the disease than in other first-world countries.

Death rates/1 M in other countries 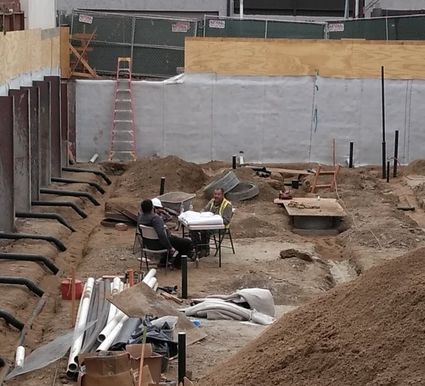 Construction continued as per usual during lockdowns on virtually every other industry in California. These men meet in a construction pit without masks, apparently unafraid.

For some reason, Germany appears to have fared better than other countries around it. The reasons for that are probably numerous and may not be reproducible in other places. Data from Russia is highly suspect. Data from China is obviously brazen fraud. But it is clear that the US has assuredly not done worse than other similar nations in keeping people alive during the pandemic. Given the possibility the US has actually suffered more cases than these other countries, it is more accurate to say that the US has done remarkably better in keeping alive those who do fall victim to Covid.

If there is one thing we learned in 2020, it is that the patina of a medical degree or alleged expertise does not necessarily translate into the truth or accurate information.