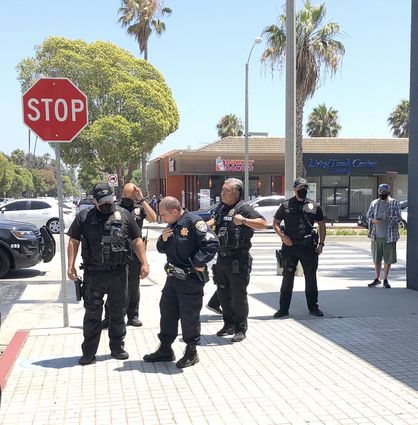 The Santa Monica City Council unanimously voted on Tuesday to establish a Public Safety Reform and Oversight Commission which would "promote best practices in community-based policing for the fair treatment and safety of all."

The new panel will be comprised of 11 residents of Santa Monica, appointed by the Council, and tasked to provide oversight of the Santa Monica Police Department and work with SMPD to recommend "appropriate proposed reforms to its policies and practices."

Approving the first reading of the police oversight ordinance, councilmembers said the membership of the new panel should reflect the racial diversity of the city and they expressed hopes that SMPD and the oversight commission can form a productive partnership to benefit all the stakeholders in Santa Monica.

With its new commission, Santa Monica joins the ranks of other Southland cities with police oversight bodies, including Los Angeles, Long Beach, Burbank and Pasadena.

City Council first broached the subject of an oversight commission in the summer after residents presented the panel with a number of police reforms following the nationwide civic demonstrations in reaction to the George Floyd killing. Last June, the Council adopted the Obama Pledge on police reform and interim City Manager Lane Dilg appointed a 15-member Public Safety Reform Advisory Committee (PSRAC) to "facilitate a community engagement process and make recommendations in response to calls for reform."

In September, the Council directed staff to return with a draft ordinance based on the PSRAC recommendations to establish an oversight police commission.

At Tuesday's meeting, which ran for more than 5 hours, the Council also approved a staff recommendation that an Inspector General be retained to facilitate the work of the new panel. In its report, city staff estimated "a full-time Inspector General position to cost approximately $200,000-$225,000, including benefits," but the Council decided to go with less-costly option – an outside contractor, retained by the City Manager's Office, who would work on as-needed basis.

City officials said the commission's main duties include working, through the Inspector General, to evaluate ideas for reimagining public safety, to address any violations of procedures or policies in connection with disciplinary investigations, proceedings and actions, and to review SMPD policies and practices and make recommendations to the Police Chief, City Manager, and City Council. 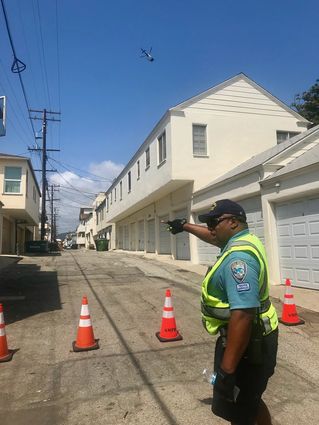 A Santa Monica Police Officer points to a helicopter.

According to the new ordinance, sworn officers and employees of the Police Department and the City are not eligible to serve on the commission but the panelists are expected to "collaborate with the SMPD to sponsor and promote ongoing interaction and trust building between the SMPD and community members, including providing channels and opportunities for ongoing dialogue."

Following a 7-0 vote for police oversight, the Council directed staff to compile and return with a list of candidates for the commission, which is expected to provide its initial set of recommendations within 150 days of its first meeting.

City officials stated that the oversight body should "stay abreast of innovations in policing and of legislative trends both locally and across the country that relate to police practices."

"To do this, the commission can perform their own research, engage subject matter experts, and invite relevant City staff to participate in Commission meetings to discuss the efficacy of a particular policy change in Santa Monica," they added.