Project to restore the 556 Acre wetlands, will instead have "unmitigable impacts on the environment", alleges the group 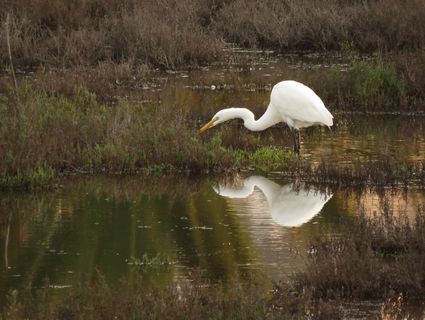 A group called Protect Ballona Wetlands, has filed a Petition for Writ of Mandate with the LA Superior Court. The lawsuit seeks to restrain the Calif. Dept of Fish and Wildlife from approving a project to “restore, enhance, and establish native coastal wetland and upland habitats on approximately 566 acres within the Ballona Reserve.”

The group alleges that the State’s description of the plan as restoration is “disingenuous.” They say that the plan will actually harm wildlife, take the land out of its natural state, and irreparably harm endangered species.

The species the group claims are threatened include the Belding’s savannah sparrow, the El Segundo blue butterfly, and the Least Bell Vereo.

The lawsuit is filed under the California Environmental Quality Act. The group is seeking an immediate hearing blocking the restoration project.

Either way the Superior Court rules, the case is likely to be quickly appealed.

“The Ballona Wetlands Ecological Reserve (“BWER”) is an approximate 600-acre open space in the middle of the Los Angeles County coast and halfway along the Santa Monica Bay coastline,” explains the Petition.

“What is being proposed by the State is not a “restoration” - but rather a 9+ year construction project that would obliterate every living thing at this vital ecological reserve, upset an ecosystem that has been healing from previous assaults and build something new. Many species would be locally extinct as a result,” write Marcia Hanscom, a spokesperson for the Group.

“Excavating more than 2.5 million cubic yards of soil and spreading it out over wetlands and other fragile habitat currently relied on by dozens of imperiled species makes no sense, unless one follows the money,” Hanscom continues.

“SoCalGas, which operates a gas storage field under the wetlands and wants to easily upgrade corroding pipes and wells, supports the project. Groups that have received thousands of dollars in grants from SoCalGas or from the project proponents at The Bay Foundation are the groups supporting this project. So many hands in the bond money cookie jar,” Hanscom writes.

“With increasingly worrisome sea level rise concerns, the last thing we need is to dig out a deep bowl and remove uplands that are currently protecting habitats and also local homes, businesses and roads. The current habitat is storing and sequestering carbon - releasing all of that carbon and enabling SoCalGas to have a longer life for its fossil fuel operations - together, this is opposite of what we need to do if we are serious about addressing climate change impacts,” writes Hanscom.

The group “contends the entire characterization of the Project as a means of “restoration, enhancement and establishment” is disingenuous as the Project will have unmitigable impacts on the environment.””

“It is bordered by the communities of Westchester, Marina del Rey, Playa del Rey, Del Rey and Playa Vista, and it is approximately five miles north of the LAX Airport and close

“Today, BWER is a remnant of a what was once a much larger wetland complex that stretched from Venice to the Baldwin Hills. Several historical streams that once converged with the Los Angeles River, including Ballona Creek, Centinela Creek, and Sepulveda (formerly Walnut) Creek still flow into the Ballona Wetlands today. Ballona is primarily fed seasonally by these streams and by rainfall. “

“The Ballona Wetlands Ecological Reserve is one of roughly 138 such ecological reserves across the state. 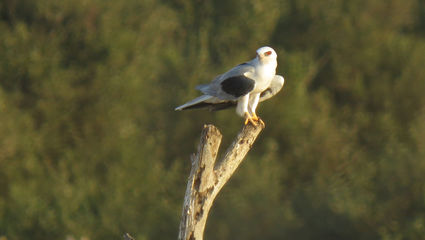