He became the first pilot to break the sound barrier in an experimental rocket plane designated as the X-1 but which he renamed Glamorous Glennis, for his wife 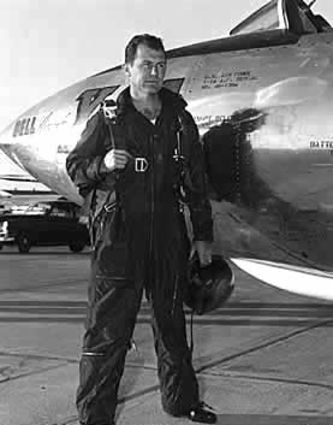 Before there was a U.S. Space Force, there was a U.S. Air Force and before that there was the Army Air Corps and a genuine American hero by the name of Chuck Yeager. He passed away on December 7, Pearl Harbor Day, with not enough fanfare. Oh, there were news reports about his death at the age of 97, but not enough of a sendoff for someone who did what he did with his life. Perhaps it was because the COVID crisis was taking up so much of the media's time; or maybe it was because it's not in fashion these days to celebrate the accomplishments of daring, gallant, stout-hearted men like Brigadier General Yeager.

Charles Elwood Yeager had what author Tom Wolfe called "The Right Stuff." He enlisted in the U.S. Army in September of 1941 and distinguished himself right from the get-go.

Private Yeager was assigned to what was then called the Army Air Corps. In 1943 he received his commission as a reserve flight officer and was assigned as a fighter pilot in the Eighth Air Force stationed in England. It was the height of World War II and in the ensuing years he flew 64 missions over Europe, shooting down no less than 13 enemy aircraft. It was reported that five of those dog fights took place in one day and, in the end, he even downed a Nazi jet fighter, one of the first of its kind on either side of the hostilities.

Yeager was, himself, shot down over enemy territory and with the help of partisans along the way made a perilous four-month trek to neutral Spain.

After the war he became a test pilot at what is now Edwards Air Force Base in California in the newly formed U.S. Air Force and performed what was arguably the single most important feat of the space age. He became the first pilot to break the sound barrier in an experimental rocket plane designated as the X-1 but which he renamed Glamorous Glennis, for his wife who passed away in 1990. 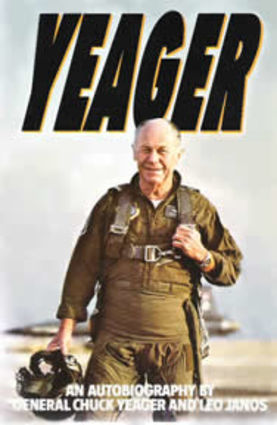 Jim Bridenstine, NASA Administrator, called Yeager's death "a tremendous loss to our nation." He remarked that "Yeager's pioneering and innovative spirit advanced America's abilities in the sky and set our nation's dreams soaring into the jet age and the space age."

Victoria Yeager, his second wife whom he married in 2003, described her husband as "America's greatest Pilot" who left "a legacy of strength, adventure, and patriotism."