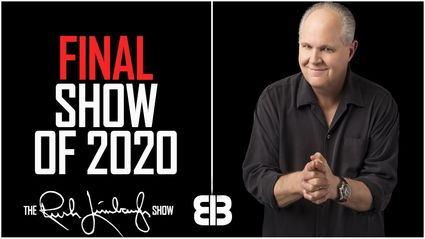 Conservative commentator Rush Limbaugh is dead at the age of 70 from lung cancer, reports his family.

Limbaugh hosted a national television show from 1992 to 1996. He was among the most highly respected figures in American radio.

President Donald Trump awarded the medal of freedom to Limbaugh in January of 2020. In December 2019, Talkers Magazine estimated that Limbaugh's show attracted a cumulative weekly audience of 15.5 million listeners to become the most-listened-to radio show in the United States.

Limbaugh also wrote seven books; his first two, The Way Things Ought to Be (1992) and See, I Told You So (1993), made The New York Times Best Seller list.

Limbaugh became one of the premier voices of the conservative movement in the United States in the 1990s, aided by the repeal of the FCC fairness doctrine. He became known for his bombastic, derisive tone and reliance on grievance politics.

He was inducted into the National Radio Hall of Fame and the National Association of Broadcasters Hall of Fame. During the 2020 State of the Union Address, President Donald Trump awarded him the Presidential Medal of Freedom.