Is LA County Gearing Up to Require Double Masking?

If masks worked, why did LA County, which has mandated them since March, 2020, experience over 1.17 million cases, 19,000 deaths, and one of the worst surges in the country? 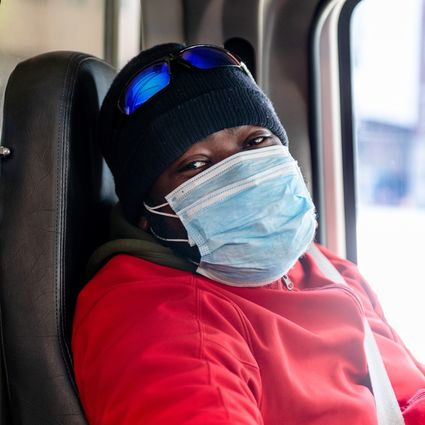 In their daily email to the public on Saturday, February 13, the Los Angeles County Department of Public Health appeared to be moving toward a mandate of double masking. On February 3, Dr. Anthony Fauci, director of the National Institute of Allergy and Infectious Disease and the de facto czar of national coronavirus policy, asserted that double-masking could be a method of helping to prevent the spread of COVID-19. On Saturday, the county reiterated this message.

According to the county, all that handwashing you've been doing over the past year is just icing on the cake. "Coronavirus is spread via respiratory droplets expelled by an infected person." These droplets can remain suspended in the air for minutes to hours and can spread over long distances - greater than the six feet we have been told to distance from others. (Side note: this information was already known by early April 2020. It is nothing new.)

Because of the risk from breathing in infected air, the Center for Disease Control is now telling us that the cloth masks we've been wearing may not be all that effective, according to LAC DPH. (You think? This also was known since the beginning.)

"Masks work best when everyone wears them consistently and correctly over their mouth and nose; however, not all masks offer the same protection. When choosing a mask, make sure that: 1) it has two or more layers of breathable, tightly woven material; 2) it completely covers your nose and mouth; and 3) it fits snugly against your face, including on the sides, and has no gaps. It is also recommended that it has a nose wire to keep air from leaking out of the top of the mask, which will also help reduce fogging if you wear glasses."

Of course, that snug fight and nose wire don't actually help because its the weave of the cloth and the space between the molecules that are the weak factor in protecting against viruses. Studies from Europe have shown that cloth mask wearing does not significantly reduce infections. Anecdotal evidence from Los Angeles County, which has had a mask mandate since March, 2020, bears that out. Despite near-universal mask-wearing, the area experienced an enormous surge in coronavirus cases from December through mid-January. That surge is now diminishing - with no change in the mask-wearing behavior of the residents. 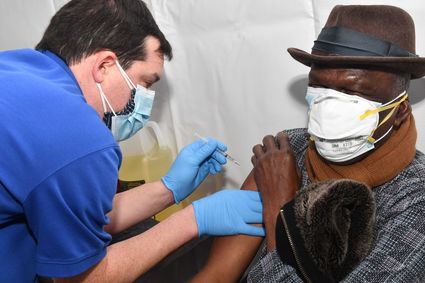 Despite this obvious lack of evidence of the effectiveness of masks - or perhaps because of it - authorities are now admitting that cloth masks just aren't doing the job. "If you need or want extra protection or a better fit," LAC DPH now says, "CDC recommends either 'double masking' by wearing two masks (a disposable mask underneath and a cloth mask on top) or wearing a cloth mask combined with a fitter or brace."

It would have behooved county health officials to think through this recommendation a little harder before proposing it. Perhaps a double surgical/cloth mask setup might reduce the ability of a virus to travel in or out - but it is unlikely anyone wearing such a thing would actually be attempting to breathe through all those layers. It would be exceedingly difficult. Instead, the wearer is more likely to make sure there is room for air to seep in through the sides, top, or bottom. This would render the double-mask effectively much worse than a single, well-fit mask.

But don't look for clear or logical thinking from our health officials.