Some Criminals are More Equal Than Others, Says LA District Attorney Gascon: He Seeks Life Sentence for Murderer of Transients But Parole Possibility for Cop Killer

"I can no longer trust that this DA's policies will abide by the law." San Diego DA says Gascon's policies "not responsible criminal justice reform." 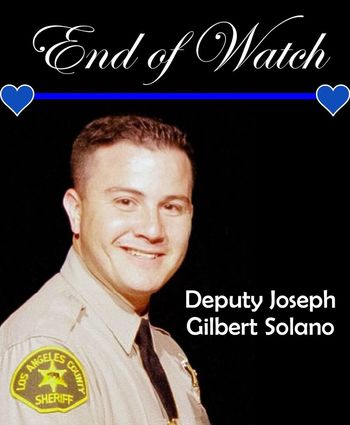 Los Angeles's new district attorney, George Gascon, announced yesterday that he is seeking a life sentence for Tracy Walker, 56, accused of murdering three transients between June 7, 2020 and February 7, 2021. The defendant, an ex-felon, will face additional charges for possession of a firearm although a knife was also used in all three murders.

Gascon's choice to apply sentencing enhancements and attempt gaining a life sentence for the defendant is a surprising break from his previous assertions and actions in the interest of "justice reform." Gascon began his career in December by ordering his deputy district attorneys to drop all sentencing enhancements. His staff, shocked and demoralized by their new boss's direction they should disregard the law, ended up suing him in order to retain the ability to obey state and local law.

Perhaps most famously, Gascon ordered all enhancements dropped in the case of Rhett Nelson, 31, accused of shooting an off-duty police officer in the back of the head while he was waiting in line at a Jack-in-the-Box. Earlier, Nelson allegedly killed another man, a skateboarder, hours earlier. Under the sentencing Gascon was seeking in that case, Nelson would have been eligible for parole, if convicted, in 40 years. (Given Proposition 57 and potential other reforms, who knows how long it would actually have been.)

A Los Angeles Superior Court judge was so unimpressed with Gascon's case that the judge refused to allow the DA to drop the allegations and enhancements that could send Nelson to prison for life without possibility of parole. In addition, the judge granted a request to regain jurisdiction of a separate case against Nelson by San Diego County District Attorney Stephan. In San Diego, Nelson is accused of a string of armed robberies. Before Gascon was in office, Stephan had agreed to allow the LA County DA's office to prosecute Nelson for the armed robberies. But after she saw Gascon drop the enhancements, she moved to regain control of her cases. "I can no longer trust that this DA's policies will abide by the law," she told City News Service. She called Gascon's policies "not responsible criminal justice reform."

Gascon's excuse for dropping enhancements in the Nelson case was to save money. His office's statement on the Nelson case was that since only 15% of parole requests are granted, "the suggestion that this individual would get out, let alone reoffend, (strains) credulity." Instead, "What's guaranteed is that the two cases [for the robberies in San Diego and the murders in Los Angeles] will cost taxpayers more than one." In an earlier statement about the case to FOX 11 news, Gascon's office also brought up cost as a reason to seek lighter sentences that might allow parole, even in cold-blooded murder cases. The public should weigh "their continued interest in incarcerating a man who no longer poses a threat to society at an extraordinary taxpayer cost." (Yes, he just said that a man who shot two people for no evident reason poses 'no threat to society.')

It is indeed puzzling that yesterday, then, Gascon sought a life sentence for a different serial murderer, Walker, accused of killing three transients. It would be overly optimistic to imagine Gascon has been chastened by the judge who sent the cop-killer's case back to San Diego, the other judge who granted the Association of Deputy District Attorneys injunction to force him to follow legal sentencing guidelines, or a growing recall effort against him. It would be foolish to imagine he now understands he is actually the chief law enforcement officer for 10 million people. 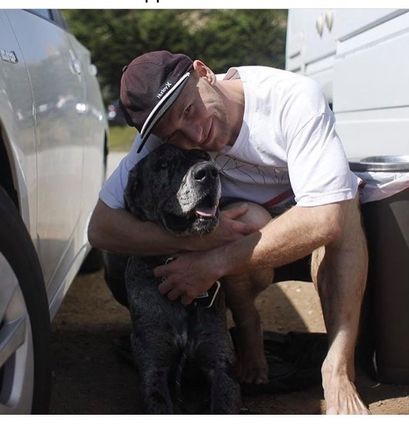 Dmitrii Koltsov, skateboarder shot in cold blood from a car while he was standing in a parking lot talking to friends

Instead, it seems more likely that Gascon finds some victims more equal than others. In a statement about the case, Gascon said, "The heartless and brazen nature of these murders against some of the most helpless members of our community shock the conscience." Transients are indeed vulnerable. They have no walls behind which to shelter from criminal predators. Many of them suffer mental incapacity from their addictions or mental disorders. But a man standing in line at a Jack-in-the-Box is also vulnerable. A man skateboarding on the street is also vulnerable. Neither of them expected an attack, much less a fatal one.

However, to Gascon, transients are MORE vulnerable. As victims, they are more worthwhile. Their murderers deserve harsher treatment. They could never possibly "no longer pose a threat to society."

Nobody walks the streets expecting to be shot at. Nobody waits in line for food at a fast-food restaurant expecting the person behind them to shoot them dead. But with Gascon enforcing the law, it may not be long before we do expect this level of violence. And, unless we are favored victims in whatever strange philosophy Gascon holds, our killers will be considered no serious threat to society.