Violent Crimes by Prisoners Against Other Prisoners

We are allowed to own a lot of our own property. I saw many girls return to their room and all is lost 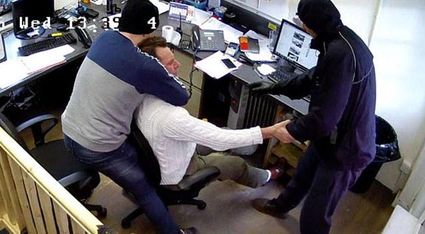 Armed robbery of an office worker: prison has crime just like a city does

Prison is a small city, both in physical layout and in how it operates. You have ghetto areas, higher class areas, drug-addicted clusters, etc. So, its not a far stretch to see how crime would be and is committed on a regular basis. All types of crime. As I told you in my article 'Baptized By Fire,' many brutal crimes go unreported. Others, like myself, are left with traumatic memories. Stuck between a desire to help stop this and my own self preservation. Maybe by unlocking my memories and speaking about some of this for the first time, I'll gain some healing, and you'll gain further insight about what it's really like in women's prisons.

One of the main things that happens is robbery. Yes, just like robbery out in the real world. Years ago, a drug-addicted stud broad would wait close by where women pick up their packages. She would jump out with a razor and rob someone walking alone with her package. This went on for months. Women began to go in small groups to the property room to avoid becoming a victim. How this went on for so long, I have no idea. But it did.

Another type of robbery is when someone comes back to their cell, maybe from a visit on the weekends, and everything they own is missing! Their lock has been broken off of their locker. I personally saw this occur many times. We are allowed to own a lot of our own property. 15" TV's , tons of clothing, shoes, radios, plus plenty of food. Our canteen is $220 a month. So, when you live in a ghetto unit, you had better have a few friends who live close to your cell! I saw many girls return to their room and all is lost.

Other times, someone will just target a single item like your TV for theft. A quick, expensive item, plus it's a flat screen. Easy to conceal. In the summer time, people will target and steal the 8" fans we are allowed to have.

So you return to your cell, your TV or fan is gone.

Another thing we have is big, clear plastic bins under our beds. We usually keep food that can't fit in our lockers. I've seen people come home and their food from under their bed is cleaned out!

Extortion used to be huge. I have not seen it in a while. But it was big and brutal when it was happening. Usually people selling drugs would keep giving and giving drugs to someone they knew was well off. Once they'd get in over their heads, the drug dealers will set a 'deadline' for payment. When the payment is either not made or not made in full, the dealers then double the balance. Many times, the person in debt has family who know something is wrong. So, when they slow the payments, the victim is squeezed further. In these cases it always ends the same, the pressure becomes too much and the victim enters protective custody. Smart drug dealers would never allow someone to get in too deep. One time a woman being extorted had a family who owned a law firm in Beverly Hills. So, the drug dealers got way too aggressive and greedy. 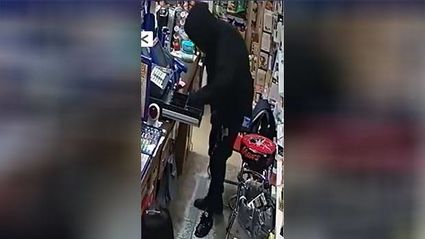 I know a woman serving time for raping a 12 year old girl WITH A HOT CURLING IRON! No joke. I wish I could tell you who. So, the girl was her STEPDAUGHTER! The girl and the woman's 8 year old son at the time had done a sexual act. So, this lady believes she was justified in raping her 12 year old stepdaughter with this hot curling iron as payback for having sex with her son. This woman's family does not do much to support her in prison. I know this girl's dad must be riddled with guilt that he brought this woman around his child. I feel so bad for him and his daughter. So, this woman is known in prison as a ' baby case ,' in prison yard terms. She gets by financially by selling dope, making pruno (homemade alcohol), and anything else she can.

I used to hate her because of her crime. As I have rehabilitated, I no longer feel that way. It's between her and God.

I have more where this came from...