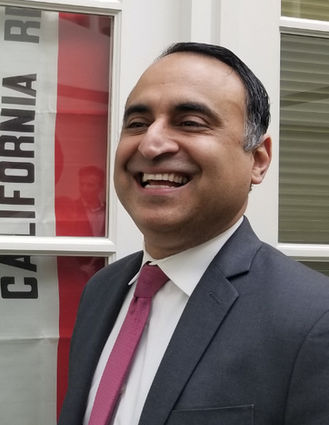 A bill that would upend the state's health insurance industry was introduced in the California State Legislature on the last possible day, February 19. The proposed legislation, authored by State Assembly members Kalra, Lee, and Santiago would establish a "comprehensive universal single-payer health care coverage" for all state residents. The bill is co-authored by, among others, Lorena Gonzalez, who was responsible for the legislation gutting the state's gig economy.

AB 1400 would start by taking all federal money presently going to Medi-Cal, Medicare, the Children's Health Insurance program, and the federal Patient Protection and Affordable Care Act (PPACA) and administer all this money from one new central agency, California Guaranteed Health Care for All, or CalCare. This agency would be run by just nine appointed individuals, people who therefore owe no accountability to residents and who can not be voted out of their immensely powerful office. An 11-member advisory board would be in a similar situation regarding invulnerability and would in any case hold no power.

The proposed law would "prohibit a participating provider from billing or entering into a private contract with an individual eligible for CalCare benefits regarding a covered benefit." Since all Californians would be eligible for CalCare, this means that a doctor who participates in CalCare would not be able to contract with anyone who wants to hire them in a private capacity.

Perhaps most chilling of all, the legislation would "specify program participation standards" for participating health care providers, i.e. doctors and hospitals. For a government agency to be determining standards of medical care boggles the imagination with unfortunately realistic fantasies of required sex-change treatment for children, rationing of care for the sick and elderly, and "equity" requirements that discriminate on the basis of race.

This legislation really had its start in August, 2020, when Governor Newsom released a commissioned report titled "Healthy California for All." The stated purpose of the study was to advance progress "toward achieving a health care delivery system...that provides coverage and access through a unified financing system, including but no limited to a single payer financing system."

To rationalize the need for single-payer health coverage, the Healthy California Report found alarm in the fact that 9% of Californians have no medical insurance. However, the California Association of Health Underwriters (CAHU) has pointed out that of the 3.5 million people without insurance, 550,000 are actually eligible for employer-sponsored coverage but choose not to enroll, and almost all of the rest are eligible for Covered California, the subsidized health exchange, or Medi-Cal. The bulk of the involuntarily uninsured are the 1.3 million Californians who are illegal aliens.

Let me say that again: the bulk of the involuntarily uninsured are the 1.3 million Californians who are illegal aliens.

At least one of the underlying purposes of AB 1400 appears to be a way of financing health coverage for illegal aliens, since it forbids acknowledgment of or discriminating on the basis of immigration status. By taking federal money that may have been intended for U.S. citizens and then paying it out to whomever they please, CalCare can assure health coverage to people who have entered the country without documentation even if some subsequent federal administration may not wish to devote funds to that cause.

The consequences of the legislation, if passed, would be large and very unpopular. The CAHU foresees many losing their existing health coverage. Instead, Californians will find themselves tied to a paternalistic, unaccountable government agency which will decide for them their need for care. The cost of this unwanted interference is estimated to be $400 billion (and that doesn't include the cost of fighting litigation related to the law's violation of the federal Employment Retirement Security Act (ERISA)). That is twice the entire current budget of the state.

It's nice to promise health care to all, with no cost to the individuals needing it, but the fact is that health care costs money. Doctors spend time getting trained, hospitals hire staff and purchase expensive equipment, drug companies spend years of time and money to create new medicines. This is all very expensive. One way or another, it cannot be free. Someone has to pay, sometime, somewhere. Most people would rather pay for what they want than have someone else refuse to pay for what they need.

The author stated: Let me say that again: the bulk of the involuntarily uninsured are the 1.3 million Californians who are illegal aliens. This was the situation nationwide before ObamaCare was instituted, which was nothing but a HUGE wealth transfer in the form of enormous premium increases for people with private insurance. The type of government-funded, single-payer health insurance described above, where it's illegal for doctors to provide care privately, exists in only two countries in the world: Canada and North Korea. It's literally communist care. In a single-payer system that all must use with no other options, the focus is always on keeping costs low, not care. Look for shortages and rationing of meds and services, as well as LONG wait times of a year to see a specialist to several years for surgery. If everyone received the serious care they needed under a singly-payer system when they needed it, it would collapse the system. So, hurry up and wait and wait...