Time to Move Out: Santa Monica is Coming For Your Home With Upzoning Plans for R-1 Neighborhoods and Putting Public Housing In Your Backyard

The entire top-down, governmentally directed placement of number and types of housing in the region, and in Santa Monica, is doomed to failure. 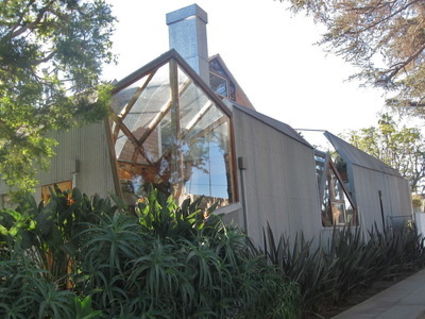 High-level architecture, like this house by Frank Gehry, will not be built in Santa Monica after "upzoning" reduces property values for single family dwellings

Dressed up in the language of compassion and social justice, the City Council's vote on March 30 to accommodate 6,168 affordable housing units, 70% of whatever new housing is built, and then to disperse these affordable units throughout the city, including along Montana Avenue and Main Street, is in reality a despicable theft of the earnings of hardworking residents and will end up benefiting no one.

There are so many fatal flaws in the logic, data, and goals involved in both the city staff's report on housing and the council's 4-3 vote that it is difficult to know where to begin. But it was clear from the beginning, when the Southern California Association of Governments first directed Santa Monica to zone for an additional 8,895 units over the next 9 years, that the city council was salivating over the moral opportunity to be gained by somehow shoehorning in this many new units, an increase of 17% over the current housing stock in the city, and by ensuring 70% of them were affordable. Unlike other beach cities, including Huntington Beach, Newport Beach, and Rancho Palos Verdes, Santa Monica did not appeal SCAG's number. As a planning department staff member explained during a webinar, it is important that Santa Monica "do our part, do our share." Anything else "wouldn't have been consistent with the approach the city has taken."

The entire top-down, governmentally directed placement of number and types of housing in the region, and in Santa Monica, is doomed to failure. No one entity, no matter how allegedly expert, can determine the best way to allocate any sort of commodity. In fact, top-down commodity allocation is the absolute worst, least efficient, most costly method and invariably results in the worst possible outcome. Should the city proceed with their plan to build - at public expense - "affordable housing" on Montana Avenue and Main Street, historically small, residential neighborhoods, they will kill the atmosphere, physical and economic, of those neighborhoods.

An additional death knell to the character of the city will be dealt by how the city plans to fund all of this affordable housing, which they estimate will cost $4 billion. Currently, the city pays for 60% of all affordable housing built. To fund 60% of $4 billion, city staff propose upzoning (presumably everything), and somehow "capturing" the increased land value "for public benefit," which to them means affordable housing. But even if they ruined every R-1 neighborhood in the city, allowing Manhattan style high-rises, they would not be able to fund two affordable units for every one market-rate unit built. Whatever value the land has for market-rate units - and however many units may be built on that upzoned land, that is its value. Its value cannot magically become 70% more.

The entire idea that there is some benefit to artificially installing poor people in wealthy neighborhoods is one that is high in ideology and low in fact. Economist Thomas Sowell that "expected benefits to newcomers from housing projects and high-crime neighborhoods have repeatedly failed to show up." Educational outcomes, economic outcomes, self-sufficiency - none of them change when low-income people are moved into high-income areas, according to numerous scholarly studies. 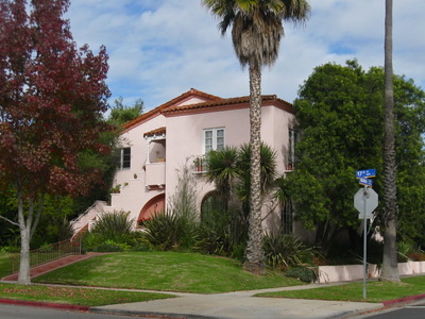 But it sounds nice, doesn't it? It sounds "fair."

It is anything but fair. It is neither fair nor just to reduce property values by government fiat. Those residents of R-1 neighborhoods worked very hard to be able to earn the money to purchase a home where they could enjoy coast weather, air, light, and, significantly, neighbors who also value their property because they had to work for it.

If they have any brains, and it stands to reason they do, they will be calling a real estate agent soon and moving somewhere else, somewhere that allows the free market, the method of allocation that is truly efficient and just, to determine neighborhood composition.

They will move to a city that will have sufficient water, schools, police, fire, commercial enterprises, and public budget - unlike Santa Monica in the future.

To read Corva Corvax's opinion regarding affordable housing in Santa Monica violent, drug-addled, scum-of-the-earth criminals and their overwhelming threats to our lives and liberties are coming to live with us on Montana Ave. This is how she seemingly describes all people of low-income who will be offered housing in Santa Monica. Maybe she doesn't know that this has already happened all over our city without a corresponding rise in crime. Utilizing scare tactics Corvax purposely skews what was actually said at the Council meeting and smears honest efforts to help people live in decent housing. I live near Montana Ave. and I'm waiting to learn what plans are actually being talked about. Let's act like responsible grown-ups and not be swayed by hateful nonsense no matter what cherry-picked “evidence” and testimonial she adds to her brew.

It is part of Agenda 21. The building of smart cities, and the elimination of rural areas. It is described in a 500 page document from the World Economic Forum if you would like to read it.

Upzoning was the plot of Julian Castro, former Secretary of Housing and Urban Development under Obama, and California took to the idea immediately. It actually goes back much further to the 1960's when they called it Block Busting, breaking up all those nice White neighborhoods. That's what this is about, and the organizers know it. No one magically becomes wealthier or more self-sufficient just because they get a low-income apartment in a high-end neighborhood. Their kids don't become smarter because they go to school in a richer school district. Improving your life situation doesn't happen by osmosis; it happens from hard work. The organizers know this too, so forget all the platitudes they spew. This is about social engineering. Isn't it strange how everyone who says they're oppressed by Whites wants to live in their neighborhoods and go to their schools? Maybe they're not so oppressed after all.

Wherever they move will have the same problem. I am certain the federal government is implementing this same plan. It started under Obama, was halted by Trump, but that obstruction is now gone. Every neighborhood in L.A. will have the same marxist program (already started happening) so people can forget Los Angeles altogether.