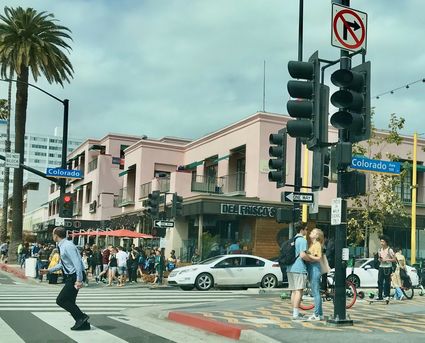 Maintaining that "10% of Santa Monica residents speak Spanish at home," the City Council has backed a motion calling for all city information be disseminated in Spanish as well as English "to ensure that language justice has a prominent place in our efforts."

At its last meeting, the Council directed staff to draft an ordinance "creating a biennial language access plan" in accordance with its "recent priorities regarding equity and inclusion."

The motion, requested by Mayor Pro Tem McCowan and Councilmember Gleam Davis, states that "information disseminated by the City of Santa Monica in English, including websites, blogs, social media posts, press releases, forms, instructions, or other materials shall also be provided in Spanish." It also calls for Spanish translation services be required at all city meetings and events and the hiring of language access coordinator to oversee the bilingual efforts.

The motion was approved by a 7-0 vote.

McCowan explained that their proposal is "an effort to reach our inclusion goals and ensure that equity and inclusion are woven in everything we do...We ensure that language justice has a prominence place in our city."

"It is key that we increase diversity of voices in our community," added Davis.

Councilmember Oscar de la Torre told his colleagues he grew up in a Spanish-speaking households and stated that the proposal is a "good start."

City Manager Lane Dilg said it would cost roughly $175,000 a year to implement the translation services but it is just a "preliminary number."

Bilingual communique is not a novel idea to the Santa Monica-Malibu Unified School District. All the statements and messages on its website are in English and Spanish and the menu has a translate tab which can translate all school info into more than 120 languages.