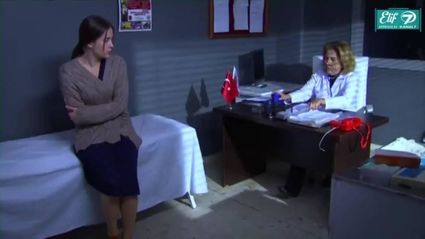 There were two keys to my change. First, I finally unpacked all my pain. I forgave everyone for everything.

I was kidnapped at 13. Taken from San Diego to Hollywood by 2 black men. Their plan was to traffick me. Sell me. Against my will. No choices offered. I had NO street smarts. THIS was my first street experience, forced. I was changed forever. A girl I met in a group home named Stephanie, age 14, called me to pick me up with these men to "hang out." She set me up. Telling these men I'd work for them. I had no idea. I knew she had been a prostitute. I befriended her because people were mean to her calling her 'HO.' My MISTAKE.

She had never put me in danger before this. We hung out many times. My first "friend." She saw my naive innocence. Took advantage. (You'll have to read past articles where you see how I got away from these men. It's worth a read!!) This was the beginning for me in many ways. A cornerstone event. I remember it. The morning I woke in this hotel in LA, the TV had on news: Princess Diana had died. My first time outside San Diego. I was alone.

I never got therapy. So my PTSD developed. I believed the average person could and would absolutely do wrong to you at every opportunity! I did not believe in good people. After all, a friend set me up for no reason. I thought everyone would rape, rob, kidnap you if given a small chance. It was not until maybe 3-4 years ago I began my self help, healing journey and became a new, whole, healed women. I had had NO HOPE for so long! I refused to do self help group therapy classes. That is, until Prop 57 passed and CHANGED MY LIFE! I NOW HAD ABUNDANT HOPE! For the first time in my prison stay. Going from No Hope to Hope was a roller coaster ride. I had to change my priorities and stop using drugs!! I did. I'm still clean. Almost 6 years.

Now, where was I? Oh yeah, so after this experience, no therapy, I did my best on my own to process this event, at 13. I examined each part of it and where "I" went wrong. I knew I was lucky! That was clear. If those men had gotten me back into that van who knows what would have happened to me. I realized that my looks made me a target. So, I would be more aggressive. I'm not violent by nature. I decided to shift. I used violence to survive( I thought ). To be able to "defend myself" and apply 'Overkill.' My thinking overt violence would keep me from being anyone's target again.

Further, I thought 'men victimize women', "so much" that my warped thinking justified and applauded victimizing of men. I went on a quest to do just that. Men were a free for all in my head. I was no longer innocent. I was in a constant state of [missing word]. My feelings were numb and getting even more numb. As it sunk in "All I have is myself. I've already been kidnapped. What's coming at me next?" Now imagine layers of this on one young girl. My only choice was to become a BEASTRESS...

Can I tell you my secret? Coming to prison is the single Best Thing that ever happened to me!! Yes, I lost part of my life. But I'm healed!! I'm a QUALITY PERSON. I never would have found God. I finally healed all my traumas from childhood! I'm getting my free college education! None of this would have happened for me if I was not made to sit here for a long while! In my case, prison did its job. I am truly rehabilitated. Now, on the cusp of my release I meet my sexy fiancé? A Happy Ending? No. My happy new beginning...

I was not a bad person. I did not have coping skills. I made a series of mistakes in the absence of any support system. I own my mistakes. I remember feeling like I did not know how to do anything right. I own my poor choices. I hurt people. I can't undo it. I can keep being better each day. Never commit another crime. Violence is OUT for me. Immediately after I burned my sister with the hot oil, I wanted to freeze and just help her and turn myself in. I was at my rock bottom. I was surprised that immediately I felt remorseful. But I refused to show it. I smiled and laughed at my sister at my sentencing hearing. Inside, I wanted to tell her I was sorry. I got the sentence I deserved. I make no bones about it. I committed a terrible crime. When I got to jail I felt relieved. I had been through back-to-back struggles since childhood. I was tired of the fight. I was just tired.

I'm not that person anymore. I never, EVER planned to change. I never believed change was even possible. There were two keys to my change. First, I finally unpacked all my pain. I forgave everyone for everything. Since childhood, I held onto everything and did not let it go. I was transformed immediately. Oh my God! A huge weight lifted. I began to feel joy? I felt lighter. Second, I retraced my emotional path and found the roots of all of my anger!! Wow! That was powerful! I can now find joy in simple things. 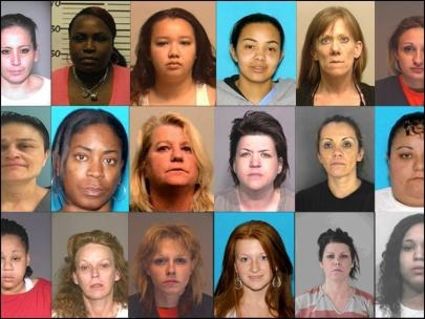 God willing, I'll share this with others. I was a hard case. I was determined to never change. So the story is most powerful!! I'm still shocked daily when I wake up and I'm no longer THAT MONSTER who only hurt people! That Beastress! I feel so stupid and sad for hurting her. Only God knows if it's meant for me to ever make amends with her directly. I'm willing; I owe her that. I wish I could help her heal like I have. We could heal together. I know she's been through a lot since. I see we were never enemies. I was used to having to fight all the time. I was in pain! I was confused. I was tired. I needed jail time. Time away. I totally see that now.

I'm founding, "The Amber Quest Foundation" after my release. It's time to come full circle and use my past pain to help women and girls. All my pain shaped me for my purpose! My biggest fear is my life on earth will have no value and meaning! I have unique understanding of an unmet need out there! May God bless my path forward...