The controversial councilmember is already routinely lambasted on social media for the unsanitary and dangerous conditions caused by vagrants in his district. 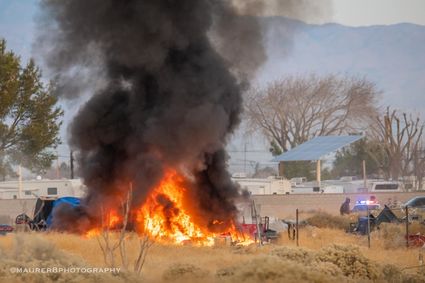 How does one get a free room with oceanfront view, no taxes to pay, and no building codes to follow? According to Los Angeles Councilman Mike Bonin, be a vagrant.

The controversial councilmember is already routinely lambasted on social media for the unsanitary and dangerous conditions caused by vagrants in his district. His proposal to allow the homeless to legally camp in the beach parking lots at Will Rogers and Dockweiler Beach and next to Fisherman's Wharf was met with a mixture of furious incredulity on the one hand and solemn head nodding of agreement on the other.

Bonin's theory is that by providing "safe camps," areas where the homeless can pitch tents with security, sanitation, and social services, he will be working toward ridding other areas of the city of unwanted and dangerous squatting.

But his very rationalization of this theory provides the reason it won't work. "We have opened safe parking, safe camping, and emergency shelters," Bonin said. "And there is more supportive housing on the way. But it is not enough. Across the state, the city and the district, homelessness is increasing."

Did you get that? Despite providing MORE housing for the homeless, in permanent form, bridge from, and through Project Roomkey, which provides temporary hotel rooms - the number of homeless is increasing. Shouldn't that tell officials that their actions are creating a need rather than satisfying it?

The state and local governments have been doing everything in their power to make the area amenable to individuals who, for one reason or another, are unable or unwilling to live like responsible people in society. California reduced almost all thefts to misdemeanors, and then decided not to jail those convicted of misdemeanors - assuming such a case ever went to trial. The government provides numerous benefits to the severely impoverished and homeless, not discriminating between those who have legitimate need and those who are intransigently irresponsible. Worse yet, individuals who are in dire need of hospitalization for mental illness or drug addiction are not compelled to seek appropriate help.

California, and its big cities in particular, is a fertile area for the production of homelessness. There is no need to blame high housing costs. We are very good at creating the problem without that - and undoubtedly importing it.

Supporting and enabling anti-social behavior, for example by allowing urban camping on public property, does not help either the portion of the population that does behave with social responsibility nor the portion that does not. Obviously, people who work and earn a living to provide for themselves and their families, people who follow the law, adhere to expensive building codes, and pay taxes have a right to feel safe in their city. They have a right to enjoy the parks and streets for which they have paid with their hard work. And people who are persistently homeless (the sort who need "safe camps"), often people who refuse to enter shelters because they don't want their drug use and other harmful behaviors curtailed, are not actually assisted by feel-good, recklessly indulgent abrogations of law and order. All these allegedly supportive actions do is continue to enable the harmful and self-destructive behaviors of individuals who clearly do not recognize the bad state they are in.

Los Angeles County and California will see far less homelessness should they instead legislate and enforce strong laws that create consequences for anti-social behavior. Such consequences need to include some form of involuntary hospitalization and required use of mental health services. At the very least, handouts of any sort should have to be earned, either through the responsible action of seeking mental health assistance or hard work. 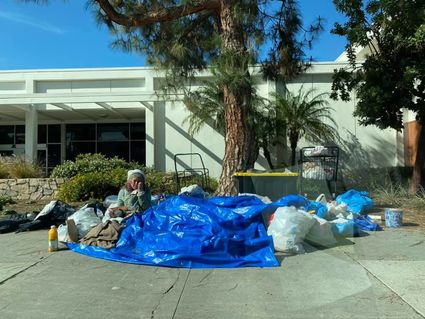 Bonin's beachside camps, if provided, will be there for a long, long time to come. Who would want to move out?

I worked at a mental health day drop-in center in the San Fernando Valley many years ago. From direct experience, I can tell you that easily 80% of homeless people suffer mental illness. That's why they're homeless. They can't manage any part of their lives not to mention a home. No one wants to hear it, but the answer to homelessness is to bring back the mental institutions. Back in the 70's they were called mental hospitals, but all the institutions were closed down in the 80's and 90's. Today, they could be more like nursing homes and not so hospital-like, but those people need 24-7 supervision. Liberal government screams about rights, but how compassionate is it to let them languish on the filthy streets? The answer is to re-think and bring back the institutions where they can receive the proper care and treatment in a secured facility without all the coming-and-going.

If there's any way a leftist city government can increase misery, they will do it with alacrity.