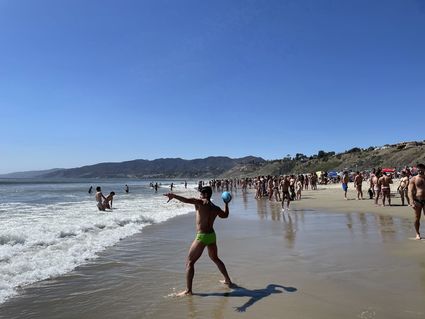 View of Malibu from the North End of Santa Monica beach

Representatives from the Santa Monica-Malibu Unified School District and the local community argued at Saturday's hearing on the City of Malibu's separation petition that splitting the district would create "irreparable harm to both Santa Monica and Malibu, specifically in the areas of diversity, equity, educational programs and finances."

After hearing arguments from both sides, LACOE asked no questions and took no action. The committee is expected to meet again in June to review Malibu’s petition and vote on it.

During their presentation, district officials maintained Malibu did not provide current data or statistics "to justify their financial methodology for their proposal" and, given population projects, the city would not have enough students "to sustain a stand-alone district."

In addition, district officials said, the proposed Malibu School District would take a "disproportionate share of funding resources – 33% of shared property taxes for 12.2% of students...and the City of Malibu also failed to address how a new Malibu Unified School District would address its lack of diversity."

"It was clear from the diverse and broad base of support from speakers opposition the petition that the lack of equity and fairness in Malibu petition was at the forefront of their minds," said Board President Jon Kean. "The city also failed to acknowledge that SMMUSD presented a working methodology for an equitable unification that the city 'begrudgingly' accepted before leaving the table. We would welcome them back for a conversation that is short on grievances and longer on facts and solutions."

On Friday morning, the School Board voted 5-2 to reject the latest Malibu counter proposal on "unification" or separation. This offer would have required SMMUSD to support the Malibu's petition in exchange for the City and district agreeing to be bound by whatever financial recommendation LACOE, its staff and consultants might make at a future date, district officials said.

This 5-2 decision was made during a closed session. Board members Craig Foster and Richard Tahvildaran-Jesswein dissented.

After the board meeting, Kean said: "We continue to support the concept of unification but we will not relinquish our authority to ensure a fair outcome in the process. We again reiterate our desire to work cooperatively with the Malibu and re-extend an invitation to the City to return to the negotiating table with the district." 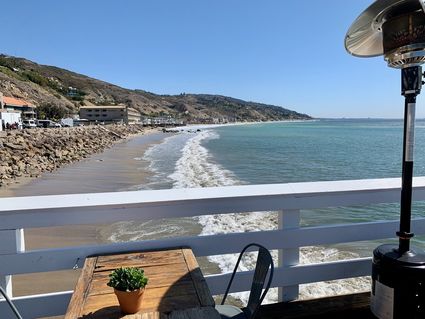 At the Saturday hearing, SMMUSD officials presented LACOE with letters of support from the NAACP, ACLU, and other equity groups, stating that a newly-created Malibu School District would be "severely problematic as it would set a precedent for creating school districts where diversity would be non-existent."

"One of the elements that has always made our district so strong is the fact that we are comprised of a diverse mix of students from every socio-economic and racial demographic," said SMMUSD Superintendent Ben Drati. "As someone who has devoted his entire career to educating children, it would be extremely heart breaking to see a district formed that, by virtue of its makeup, would ill prepare students to navigate the diversity of the world."

Saturday's LACOE meeting was a preliminary hearing to determine whether to send the petition to the state. If the state approves, it will go back to voters for a final vote.

Look at Santa Monica play that Race Card when it's really all about the MONEY. Shame on them.