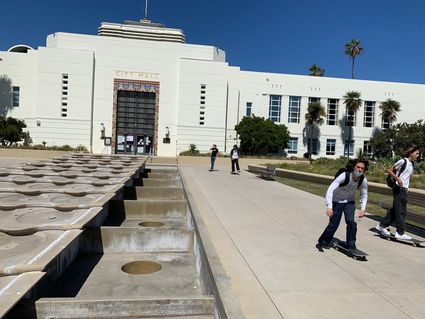 The City Council this week approved notable changes to Santa Monica's boards, commissions and task forces to "increase their effectiveness, attract diverse representation from the community and align their activities with departmental work plans."

At its Tuesday night's meeting, Council also directed staff to return with an ordinance to convert the Task Force on the Environment to a permanent panel -the Commission on Sustainability and the Environment-with its goals to include environmental justice.

"Because there has not been a comprehensive review or oversight of the boards and commissions, a significant amount of overlap has developed in the roles, goals, and purviews of several of these bodies," city staff said in a report. "This overlap has caused some bodies to lack specific goals, therefore potentially reducing their effectiveness as formal advisory bodies to the City Council."

The adopted changes come after a Community Working Group spent the past year reviewing the purview of Santa Monica's advisory bodies and formulating recommendations. Councilmembers said they will consider streamlining some advisory bodies to increase effectiveness at a future meeting.

"Santa Monica is fortunate to have deeply knowledgeable and dedicated residents who participate in boards and commissions, contributing to a caring and thriving community for all people," said Mayor Pro Tem Kristin McCowan. "It's important to regularly evaluate where we are and where we want to go and that's what this action signals – we want more participation and more diverse participants. We encourage more voices to consider advisory bodies as a meaningful way to get involved."

Council provided staff with directions regarding boards and commissions that included the following:

Increase community awareness of boards and commissions to attract more diverse representation, with specific outreach to potential members between the ages of 18-29;

All commissions and task forces should produce an annual work plan to set priorities for the year, which should account for any state / county / or city-mandated required operations, and also provide an annual review of progress against the work plan;

Accommodation language should be included in the bylaw template after consultation with the Disabilities Commission;

Attendance requirements should be included in the bylaws, should be consistent, and should clarify what is considered an excused versus unexcused absence;

Budgets for boards and commissions should be part of department budgets; and

Consider training sessions, available to both the commissioners and the general public, on running meetings, participating during meetings, parliamentary procedure, and implicit bias

Council also directed the City Attorney to explore the legality of assigning one Councilmember to each advisory body as a liaison and directed that Commissions should continue quarterly meetings though December 2021.

In another development, the Council approved up to $6,350,000 for the design and construction of Santa Monica Fire Training facility, which represents part of the City Yards Modernization Plan. The new 12,000 square-foot facility would be built in the 14.7-acre in the city's yards, located at 2500 Michigan Avenue.

The new contract represents a third amendment to the agreement with Hathaway Dinwiddie Construction Company (HDCC) for a new total amount not to exceed $82,223,039 over five years, city officials said.

City staff said design and construction of the new Fire Training Facility will begin immediately, with completion set for early 2023.

Lastly, the Council approved the bids for renovations at the Tongva Park and Palisades Park Petanque Courts.