Transgender Couple In Prison With Domestic Violence On Display Daily

When I see all this drama, I notice the girl is always the one upset!! The boy is wielding his power over her carelessly like he's done it to so many others!! So, she's always left holding the bag. 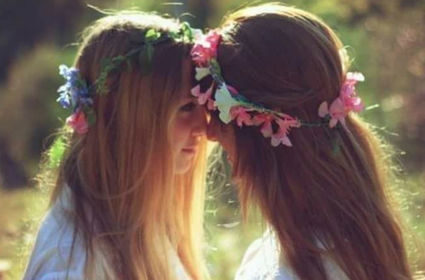 I hesitated to share this story. On the yard these is a couple. One is a transgender woman-to-man in the T-Shot, testosterone injections every Thursday for all transgender males. As you may know, they are legally considered males and their physique changes and bulks up with muscle and strength from the testosterone injections. Maybe I should get one?? Just kidding. Anyway, that's the male figure in the relationship, in HIS late 30's maybe?

The other is the feminine one. She is about 33. I first saw her when she was 31. She has 6 kids. I was asked to mentor her. When I found out how many kids she had, I said she should mentor for me!! She has more life skills than I do with that many kids at that age!! I never forgot her because of that. So, a few months after meeting her, I observed her begin this relationship. The person she is with I've seen on the yard for years. It's funny. These transgender males are very quick to claim their male privilege!! In fact it's the first thing they do. As soon as they claim to be a MAN, they stop cleaning and demand their woman or roommate do it for them! No joke. I can't make this stuff up!!

So, the male figure in this relationship is a known cheater. When covid happened, all housing units were separated!! So, I knew he would cheat and they would have issues over it. Sure enough. He did. After covid began, no bed moves happen unless it's an emergency. This couple lived together!! But they got separated!! Over domestic violence!! Now, they find each other every chance they get and argue. The girl is always the one who gets put in handcuffs by the cops. I can understand it.

See this girl was not gay before prison. She is clearly a dick lover with 6 kids at 31. So, when someone has their FIRST girlfriend, gay, trans relationship, it's a powerful thing!! It's like when you lose your virginity!! You can be mentally struck on your first girlfriend and this can make you act out and feel helplessly in love and obsessed with them!! Leaving you unable to move on from that person! When I see all this drama, I notice the girl is always the one upset!! The boy is wielding his power over her carelessly like he's done it to so many others!! So, she's always left holding the bag. She gets in handcuffs, she gets written up. She once had several cops pin her to the ground. She's tiny. Her smart mouth and failure to comply with yard officers is the cause. The boy always skates away. People talk about seeing them physically fighting. I believe this because too many people have said it and because of where the witnesses live, it strikes me as believable. The girl is also stuck on this transgender male because he looks just like a man and that's the closest thing she'll get to the real deal in this place.

I have a rule when I mentor girls. I never mentor anyone in a gay prison relationship. Couples are always dramas. I will not allow that to splash or spill over on me. Stuff like this is exactly why. Negativity like this will hurt any friends or people who associate with them. It's a spectacle on the yard. On covid we're restricted from mixing with other buildings we do not live in. Somehow they manage to get out and do this daily.

Officers here are powerless to stop a domestic violence relationship! Why?! Both people in the relationship will always find a way to get to each other. After all, we live here. Cops go home daily and have other things to think about. So, I've seen many abusive relationships like this. You have to let it play out until one of them paroles. No matter what staff try to do, they always find a way back!! That's just how it goes.

I have not seen them in a couple weeks. Maybe one of them went to lockup. Or maybe I'm just too busy minding my own business. I'll keep you posted. 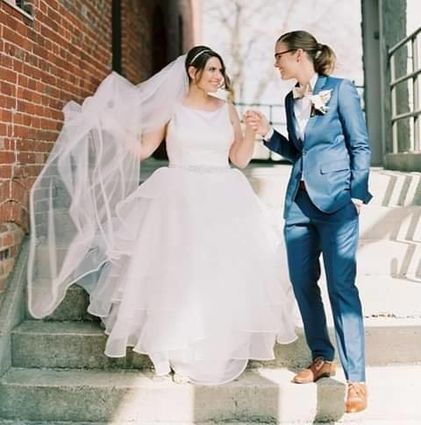 Quick little juicy nugget. A bit sad. I knew this couple who fought and fought day and night. They paroled within 2-3 days of each other. One picked up the other at the gate here. Now remember they had a very abusive relationship!! About 8 months later, one killed the other!! Blew her away for cheating and getting pregnant!! Now she's back with 30 years!! Just like that.