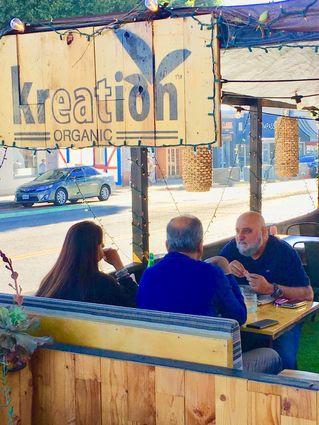 The City Council this week gave serious consideration to a pilot program calling for the closure of portions of Main Street during the summer weekends and it also entertained a proposal for converting a portion of Reed Park into a neighborhood dog park.

At its Tuesday night's meeting, the Council voted unanimously to direct staff to draft a plan "to implement a pilot program for temporary summer weekend closure of all or part of Main Street to automobiles and bus traffic, as well as to assess the pilot's traffic impacts on surrounding neighborhoods."

Presented by Councilmembers Christine Parra and Gleam Davis, the closure proposal was requested the Main Street Business Merchants Association and the Ocean Park Association as part of the city's economic recovery efforts.

"The main goal is to stimulate business on Main Street," said Parra but she expressed concerns that closing that thoroughfare will cause "more traffic to go into residential neighborhood areas."

Davis noted that there is a growing trend to limit traffic on business streets to create open air pedestrian-only shopping district. She cited State Street in Santa Barbara.

"Nobody knows for sure it will work here," she said. "Let's do a pilot program and see if it works."

As proposed, the pilot program calls for closing sections of Main Street, from Hill to Kinney, on Saturday and Sunday during the summer months, city officials said.

"This pilot directly serves all of those stated goals, which we believe also align with the' City's long-term objectives,' he said, urging the city to implement the program by the end of June.

But city officials quickly shot down that request, explaining that a neighborhood traffic impact study and other issues dealing with parking, bus service and fire truck access will have to be addressed and resolved before a concrete plan can be submitted to Council for approval.

City staff said the pilot project may not take off until the end of summer.

Another item discussed at Tuesday's night meeting was a request by Councilmember Phil Brock and Mayor Sue Himmelrich that the appropriate departmental staff "explore the possibility of converting a portion of Reed Park into a neighborhood off-leash dog park." Reed Park is located on 7th Street near California. 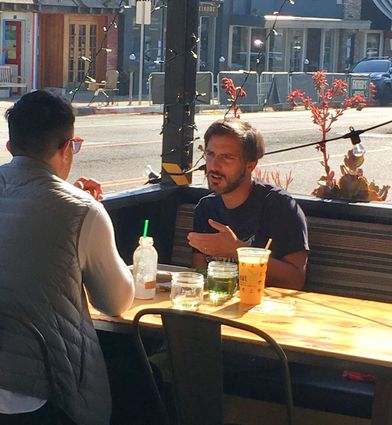 Explaining their request, Brock and Mayor Himmelrich said they just wanted to know if it's feasible to create a dog park in the north part of Santa Monica.

"There is not one dog park north of Olympic Boulevard but we have huge number of dog owners," Brock added.

During a brief public hearing, a resident called in to express to support for a dog park at Reed but then questioned whether dogs have more rights than humans. He said if Reed is converted into a dog park, it "would displace all the homeless sleeping there."

Despite all of that, the Council voted unanimously for the motion and directed staff to report back to the council for "budget consideration on the feasibility and cost of this proposal."